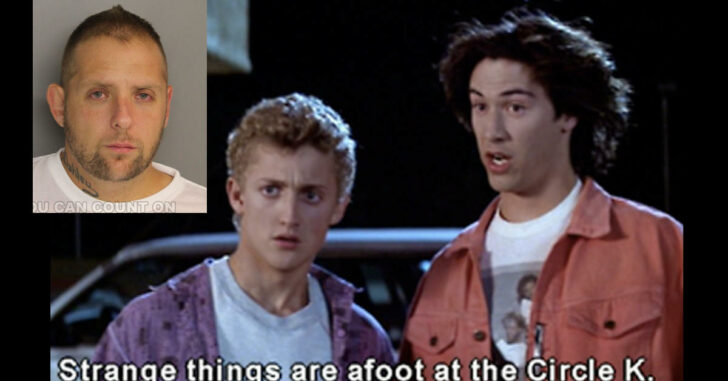 AIKEN, SOUTH CAROLINA — An armed robbery at the Circle K ended when the suspect was fatally shot at close range by the victim. This story takes a few turns and twists but ultimately, the victim was able to use his own gun to deliver the shots.

According to Aiken County law enforcement statements given to News Channel 6, 39-year-old Steven P. Klimek attempted to rob the victim while the victim was pumping gas. He also told him to get into his vehicle. The victim managed to gain control of the suspect’s gun but Klimek was able to wrestle it back. That’s when the gun owner pulled out his own gun and fatally shot Klimek multiple times.

While authorities are still investigating, it certainly appears that the gun owner successfully defended himself against an armed and violent encounter. Klimek was declared dead at the scene of the crime. No charges are pending against the gun owner.

Yet another example of what happens when you’re armed everyday and prepared. Even something as routine as a fill-up at the local gas station can turn into a life-changing event.

What if that guy complied every step of the way?

Not only would he be stuck in a bad guy’s vehicle, now he’s out whatever is in his pockets as well as potentially his life.

Bad guys love to minimize their exposure. If he had been taken off site, this entire scenario could have turned bad very quickly. As it was, it looks like it was more expeditious of him to take the opportunity to grab the criminal’s gun than it was to immediately draw his own. That may be because when facing the barrel of a gun, options get exceedingly limited. It’s a terrifying concept to try to draw down on a guy with a gun pointed at you. Perhaps by taking the gun out of the bad guy’s control, even for a moment, it afforded him enough time to draw his own gun.

As for the criminal in this case, he must have been lazy, stupid or both to think that just shoving a gun in someone’s face at a gas station was a profitable venture. Criminals don’t always think high-priority. If they did, plenty of them would be investment bankers. So, in all likelihood, this dumb thug thought mugging a dude at a gas station would net him something financially. He was clearly willing to take the other man’s life in order to accomplish that goal.

If that seems ridiculous, maybe it’s time we re-evaluate what we think is a dangerous situation. As we can see by this story, it could be almost any daily action we undertake in the course of routine life. That’s why we carry everyday, everywhere.

Previous article: [FIREARM REVIEW] Walther Creed Review Next article: A Push For Concealed Carry On Campuses Across Arkansas Is Underway