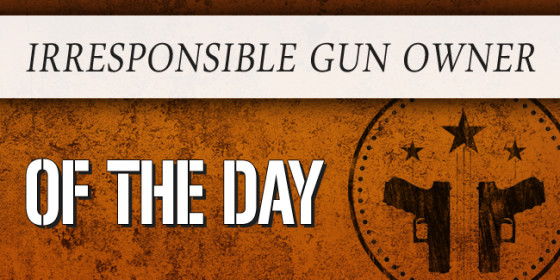 And anyone else who may be on the other side is going to have a bad day, too. Just a few hours ago, we reported on a man in Chicago who fired two shots at a suspect running away from the crime scene. That’s a no-no. Now, we are hearing the story of a different man who negligently discharged his firearm while he was in his hotel room and hit a 12-year-old boy on the other side of the wall.

According to the complaint affidavit sent to the State Attorney’s Office charging [Davis] Scott with culpable negligence, the 59-year-old told investigators he noticed his 9 mm Makarov semiautomatic pistol had fallen out of its holster while in his bag. Unsure whether the gun’s safety was on, Scott said he “squeezed the trigger” and discharged a bullet that traveled into the north wall of the unit and into the room next door, the report shows.

Let’s quickly recap the Four Rules of Gun Safety and if they are followed at all times, negligent discharges would be a thing of the past:

The 1st Law: The Gun Is Always Loaded

The 2nd Law: Never Point The Gun At Something You Are Not Prepared To Destroy

The 3rd Law: Always Be Sure Of Your Target And What Is Behind It

The 4th Law: Keep Your Finger Off The Trigger Until Your Sights Are On The Target

It seems that Mr. Scott broke each and every rule. Even if he did safety check the firearm to ensure that a round was not chambered, he still should have pointed the firearm in a safe direction before pulling the trigger. A wall in a hotel room is not a safe direction.

The outcome could have been much worse, and luckily the boy hit with the round did not require a visit to the hospital.

Again, we use these examples to remind ourselves that we are responsible for anything that happens with our firearms. It is up to each and every gun owner to display this responsibility with every moment.