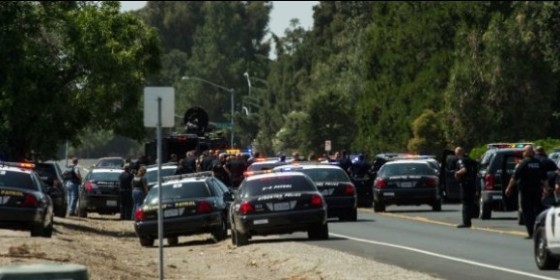 Somehow in California, one of the strictest states in the country when it comes to gun control, criminals are able to arm themselves with pretty much any firearms they want. Yesterday in Stockton, the community was torn apart with an armed bank robbery that involved hostages and a high speed car chase, ending in the deaths of one hostage and two of the three scumbag criminals.

The police department is coming under fire on their Facebook Page with citizens commenting on a photo they posted (below). Many citizens point out the facts that we don’t need to explain to you, but many people are still missing the point.

We pulled a few comments from the above comments on the photo that show just how many people are behind citizens being able to carry firearms. In the light of these tragedies, the communities should be rallying for solutions. Just this week, the Detroit Chief of Police is crediting armed citizens with the fall in crime rates. Maybe it’s time for the California gov’t to come to terms with the fact that armed citizens deter crime, and can be effective in stopping it as well.