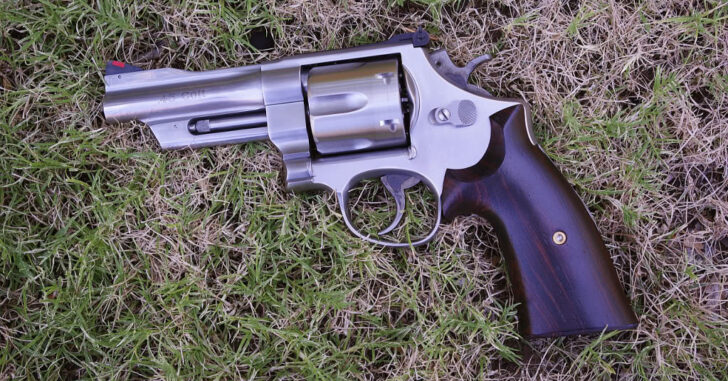 This article is going to be more of a rant than anything else, and it’s going to highlight what being a gun owner is all about. The most important thing above all is what we’ve been preaching since the beginning: Responsibility.

Something happened at a baseball field in Janesville, WI. During a baseball game, a player came across a loaded firearm on the field. He immediately alerted the umpire who in turn alerted a coach who happened to be an off-duty police officer. The police were called and the firearm was taken away.

Enter Roger, a grandfather helping his granddaughter warm up before the game. Roger is a concealed carrier and was carrying that day at the park. What happened next was obviously an accident, but nonetheless it still happened:

[Roger] said he usually keeps his gun on his waistband, but he had taken off his shirt on the warm day and didn’t want it showing through his T-shirt, so he clipped the holstered gun in his boot. He suspects the gun slipped out as he was kneeling. He didn’t notice it was gone until he arrived home that evening.

[Roger] said he returned to the ball field early the next morning but could not find it. He continued to retrace his steps and finally called police.

I really hate to single Roger out, but this should be an important lesson that everyone can learn from. While I am certain that Roger is a well-rounded individual, there is simply no excuse for this happening. When these types of events happen, we cannot ignore them. It only takes one instance like this to occur to set our cause back not just a few steps, but miles.

This isn’t a case of “I have a lot of work to do, but I’ll just put it off until tomorrow”. This is a serious responsibility that should never be taken lightly. Roger essentially said “I don’t want to carry in my waistband because I don’t want my firearm to show through my shirt, so I’ll put it in my boot where it isn’t supposed to be”. This is one of many judgement calls that anyone who carries will face at one point or another. This was not the right call. If this were me, I would have secured the firearm in my vehicle if I did not have another viable, safe method of carrying under the current conditions.

Now, there are debates going on to see if they should post an outright ban on firearms in the parks. As of right now, it is legal to carry at this particular park. But because of this one incident of neglect, that may soon change.

If this were you, what would you have done differently to ensure that your firearm was secured properly? Comment in the Facebook comments section below.

I can see the headlines from the other side now: “What if a child had gotten a hold of that gun on the field? They could have injured or killed someone!”

And you know what, they’d be right.

Previous article: Are School Shootings really "Becoming the Norm"? Next article: A Florida man calls 911 during a violent home invasion is transferred to voice mail, decides to take matters into his own hands