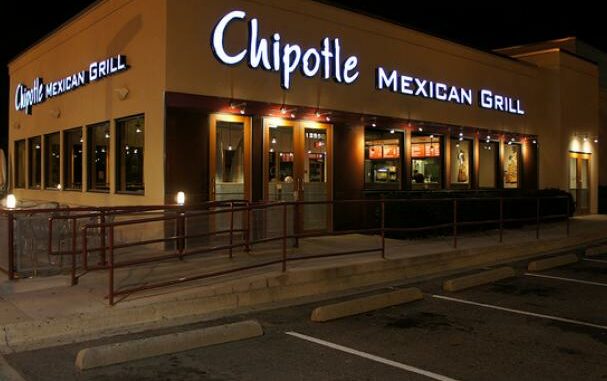 Chipotle is asking customers not to bring firearms into its stores after it says gun rights advocates brought military-style assault rifles into one of its restaurants in Texas.

The Denver-based company notes that it has traditionally complied with local laws regarding open and concealed firearms.

But in a statement Monday, the company said that “the display of firearms in our restaurants has now created an environment that is potentially intimidating or uncomfortable for many of our customers.”

The announcement came after a petition by Moms Demand Action for Gun Sense in America, which has called on other companies to ban firearms in their stores as well. The group said its petition was in reaction to open-carry gun activists appearing at a Dallas-area Chipotle restaurant over the weekend.

Erika Soto Lamb, a spokeswoman for the group, said she thought the move by Chipotle was a “bold statement,” especially considering its previous stance of complying with local laws.

Many states allow people to carry licensed guns in some way, but some businesses exercise their right to ban firearms.

Previous article: "I don't carry when I don't feel the need" is a bad state of mind to be in Next article: VIDEO: RESTAURANT EMPLOYEES ASSAULTED DURING ARMED ROBBERY AT RESTAURANT WITH PROMINENT "NO GUNS" SIGN