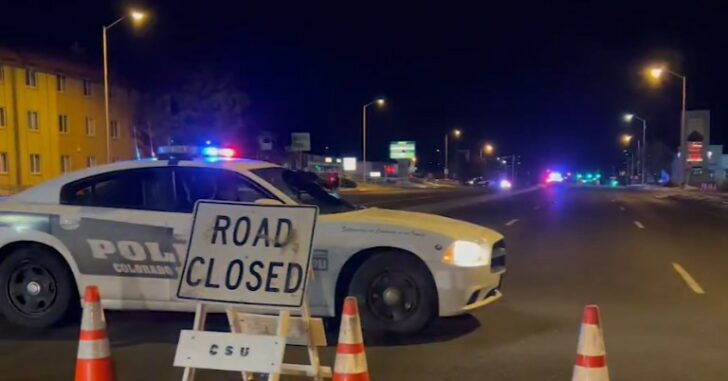 COLORADO SPRINGS, COLORADO — Police say 5 people are dead and 18 others injured after a 22-year-old suspect walked into a club and immediately opened fire. The incident occurred at Club Q, an LBGTQ+ nightclub, just before midnight Saturday.

At least 2 people inside the club fought and disarmed the gunman, successfully stopping the attack. A motive for the attack is unknown at this time.

“I want to express my deepest condolences to those families who have lost a loved one and those who were injured in this terribly sad and tragic shooting. I want every citizen in our city to know the men and women of the Colorado Springs Police Department stand with you during this tragedy. We are working tirelessly to ensure justice for the victims in this senseless and evil shooting. Club Q is a safe haven for our LGBTQ+ citizens. Every citizen has the right to be safe and secure in our city; to go about our beautiful city without fear of being harmed or treated poorly. I am so terribly saddened and heartbroken.” – COLORADO SPRINGS POLICE CHIEF ADRIAN VASQUEZ

The suspect was taken into custody and brought to the hospital for treatment for injuries.

Police say two firearms were found at the scene, and reports suggest the suspect used a long gun during the attack, though the details are not yet clear.

Previous article: Dollar Store Employee Charged With Murder After Shooting And Killing Shoplifter Next article: 12-Year-Old Holding Baby Brother Has To Run From Gunfire Which Stemmed From Bullying