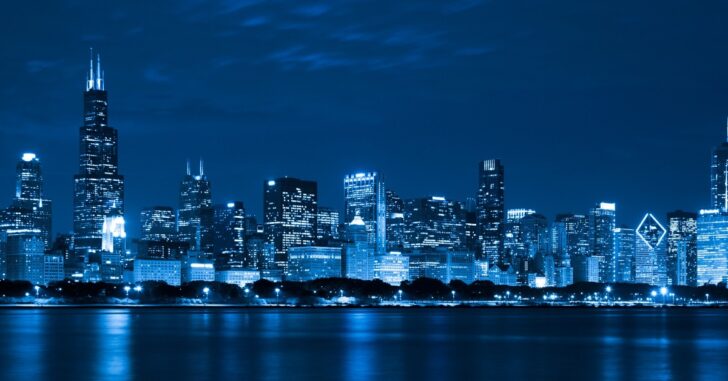 CHICAGO, IL — When one thug thought that he was safe to pull off a robbery in the Chicago night, he learned the hard way that he was mistaken.

He had just attempted to rob an off-duty cop, and he was going to get the scare of his life as a result.

As the Beverly Patch reports:

Police continue to search for the offender late Friday night, described only as a black man who approached the off-duty officer and demanded money. Information shared between police dispatch workers and police officers indicate a man, possibly the offender, asked a woman for a ride at the Shell gas station at 100th and Western minutes after the armed robbery.

The incident first unfolded on Bell around 7:05 p.m., with the attempted carjacking at Shell taking place at about 7:29 p.m., according to a social media post from the Mt. Greenwood Watch neighborhood page. At least one helicopter hovered over the area for more than an hour, neighbors at the scene said.

Law enforcement has responded in numbers to both the block where the attempted armed robbery occurred and the gas station. A business owner reportedly saw the offender heading northwest toward the Plaza parking lot in Evergreen Park. Evergreen Park police assisted CPD units in the manhunt for the offender, 19th Ward Ald. Matt O’Shea said in an email to residents Friday night.

It is also worth noting that police are reportedly adding to their presence in the area thanks to an increase in armed robberies in the area.

Although the police will do their best, they, the residents, and everyone else on God’s green earth is well-aware that law enforcement can’t be with everyone, all the time.

It’s impossible, and it’s not the police’s fault.

Instances like this only further cement the need for an armed, vigilant populus.

Previous article: Pistol-Packing Arby's Supervisor Takes Down Crook With a Glock and a Dodge Challenger Next article: Know What You're Getting Into: Armed Citizen Intervenes In Armed Robbery, Gets Shot Five Times