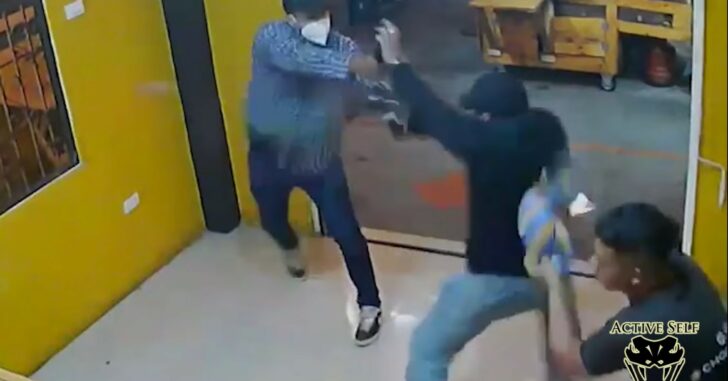 An off-duty officer seems to be the specific target in this incident below, and according to the surveillance video, he was paying attention to some questionable movement by the person who was about to attack him.

Seeing and recognizing certain cues could give you the heads up that something bad may be happening soon. Not only was the man aware that something was off, but when the bad guy pointed a gun at him, he started to move to the side quickly in an effort to avoid being shot.

The gun fight lasts but a few seconds and thankfully, the good guy prevails in this instance. He was shot and bleeding heavily from his arm, however, and it’s another visual real-world example of why carrying first-aid equipment with you isn’t such a bad idea.