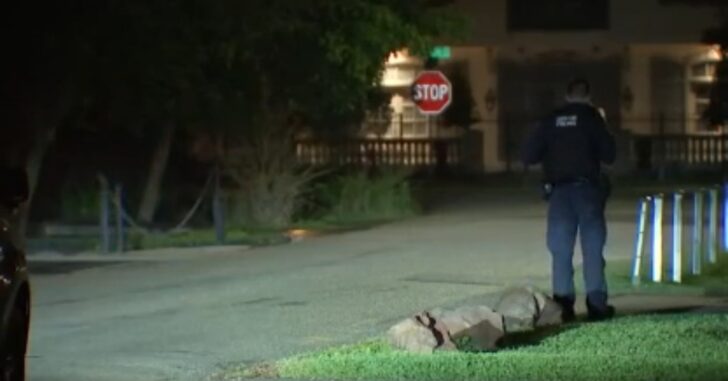 HOUSTON, TEXAS – A man was shot in the face during a robbery in the garage of their million-dollar home.  Police believed that the robbers, described only as two men in hoodies, followed them home from a restaurant.  The incident occurred around 1 a.m. Friday morning.  The ambush occurred in the upscale Tanglewood area of Houston on Broad Oaks near Woodway.

In addition to being shot, the man was robbed of his watch and other jewelry, according to police. The man is expected to survive, and his girlfriend was uninjured in the incident. Investigators are searching for any available surveillance video from the area.

“You always want to be on the lookout to see if someone is following you to your house,” Lt. Emanuel Pavel said. “That goes for everybody. You have to be careful when you are driving anywhere to see that nobody is following you, because, like in this incident, I don’t know how far the restaurant was, but it didn’t happen right over here. I mean, they were followed home.”

Police offer the following advice if you find yourself in a situation where you think you are being followed:

Previous article: Huge Gun Rights Case Will Head To Supreme Court Next article: Woman Gains Control of Her Attacker’s Gun and Uses It in Self-Defense