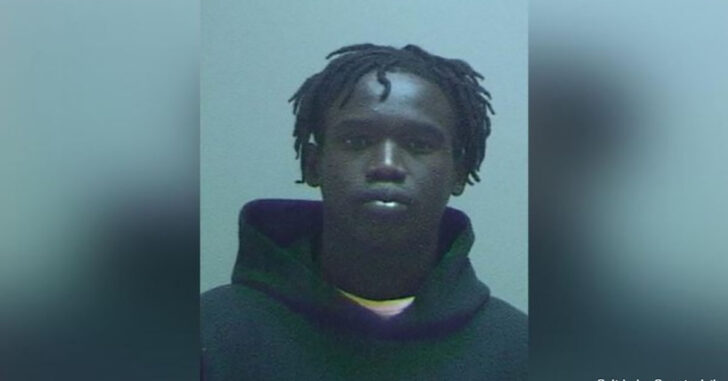 SALT LAKE CITY, UTAH — A father and daughter had talked with a person online who was selling an iPhone. They agreed on a price and meeting place, and the deal was in full swing.

When the pair arrived at the home, they knocked on the door to no answer. As they were going back to the car, two men approached them and announced a robbery.

Facing a gun and a knife, the father and daughter agreed to hand over their valuables and money.

As the two ran away, the girl’s father pulled out his own gun and fired three rounds at them because he “was in fear for others’ lives, knowing they had a gun,” according to jail records.

The two males were not hit, but Unified police officers later found Buk and his younger cousin, both of whom matched the description the father gave officers, the police affidavit states.

Buk admitted to the robbery, talking with the victims online, and stating that he was the one holding the knife and a bb gun. Both items, he says, were thrown to the ground while they were running from police.

I can understand the father’s frustration and overall feelings with the two men who had just robbed him and put his daughter in danger, but it’s a slippery slope if we condone the use of deadly force on a fleeing suspect.

If their back is to you, that’s generally a no-go with pulling the trigger. If they are no longer a threat to you, it’s best to let them be on their way and provide police with the best description as you can.

We never want to see the bad guys get away, and in this case they didn’t, but it’s not worth the potential price to pay if we use our self-defense firearms when we’re no longer being threatened. No matter how badly we want to stop the suspects from getting away.

Previous article: Armed Robber Is Immediately Shot In The Face As Soon As The Door Opens During His Carjacking Attempt Next article: Dad Finds Drifter In House Late At Night; Holds Her At Gunpoint Until Police Arrive