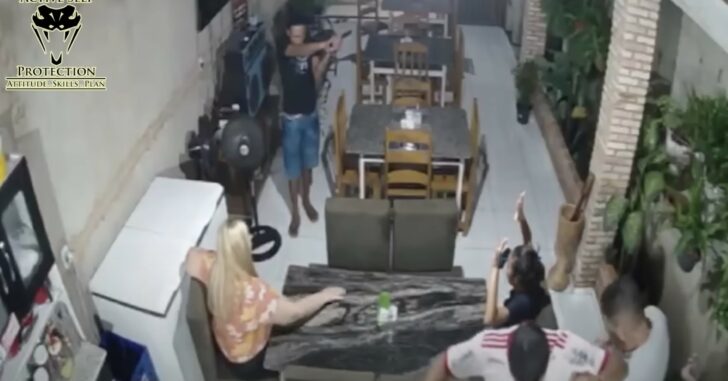 The video below is a hard one to watch, and shows a group of armed thugs robbing a set of victims. There is some history to the story, including that the business owner’s brother was kidnapped a short time before this incident. Whatever is going on here and for whatever reason, it’s not good.

Knowing that your life may be in danger, having those plans in place to protect and defend yourself are even more essential than maybe the average person who doesn’t have these things going on in their lives.

One important thing to note in this case if the two people at the bottom of the screen and their reactions after the woman has been shot in cold blood. They become motionless, and make no attempt to run, even when the armed men are moving in the opposite direction.

You must save yourself, and do whatever it takes to do so. Others here could have easily been shot as well. Don’t make it easy for the criminals.