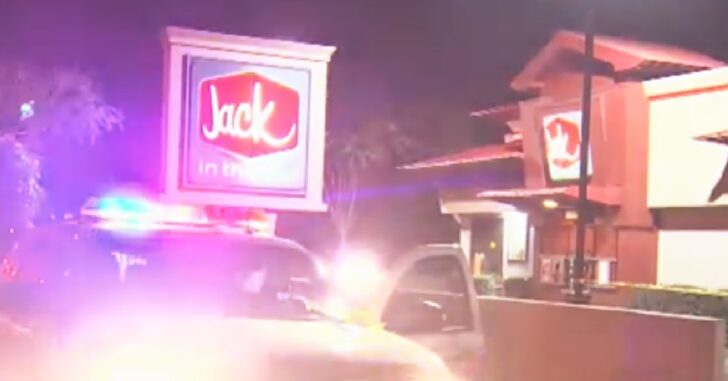 PHOENIX, AZ — A man creating a disturbance in a Jack in the Box in Phoenix, Arizona was shot and killed after repeatedly stating that he was going to kill the security guard at the restaurant, KSAZ reports.

You might be thinking “What fast food restaurant needs a security guard?”

Well, unfortunately, it appears that his need has been proven.

I would be curious how witnesses would describe the scene, and here’s why:

It doesn’t sound as though the 64-year-old man — the man shot — was armed. Given their relative age, if the man shot was unarmed, even if he threatened the other man’s life, a prosecutor could well decide to take a swing at this young man’s career, even if he was in the right. It certainly wouldn’t be the first time a lawful firearm owner was made out to be a villain.

However, ABC 15 Arizona claims in a later publication that the man killed charged the guard — if he was reaching for the guard’s gun, that’d certainly be a deadly threat.

The security guard is cooperating with investigators — and if he really was charged, I’d say the security guard’s prospects are good, although having to end someone’s life is still a challenging experience to go through.

Hopefully the Jack in the Box at which this occurred will see calmer days.