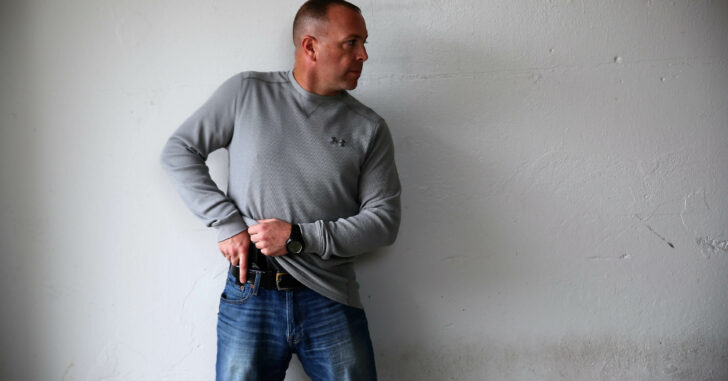 LAUDERDALE LAKES, FLORIDA – A pair’s decision to rob two people at gunpoint proved to be a bad choice for both, with one losing his life and the other facing multiple felony charges, including felony murder.

The two committed the armed robbery around 10:30 pm on Friday, November 20th, according to a spokesperson for the Broward County Sheriff’s Office.  The incident occurred in the 3900 block of Northwest 24th Way in Lauderdale Lakes, about 5 miles northwest of Fort Lauderdale.

One of the victims, fearing for his life, drew his concealed handgun and shot one of robbers. The other robber drove his wounded partner to 3710 West Oakland Park Boulevard and called 911.  Deputies with the BCSO responded to the location and the wounded male was transported to an area hospital by Broward Fire-Rescue where he was pronounced dead.

After looking into the case, detectives arrested the driver of the getaway vehicle, identified as Litanis Alcira of Margate, Florida. He is charged with one count of felony murder and two counts of armed robbery. In Florida, as well as many other states, when a person dies during the commission of a felony, all suspects can be charged with felony murder.

The Broward County State Attorney’s Office will be reviewing the case, including the circumstances under which the victim of the armed robbery shot one of the suspects.

This armed citizen was prepared and ready to defend himself, leading to a successful outcome. It’s a sad reality that people face these violent incidents on a daily basis, but it’s up to us to do what we can to be prepared.

Previous article: Man Gets Shot While Meeting Woman For 1st Date In Cemetery. Wait, What? Next article: Man Who Crashed Ex-Wife’s Family Thanksgiving Celebration Ends Up in Critical Condition with Life-Threatening Injuries