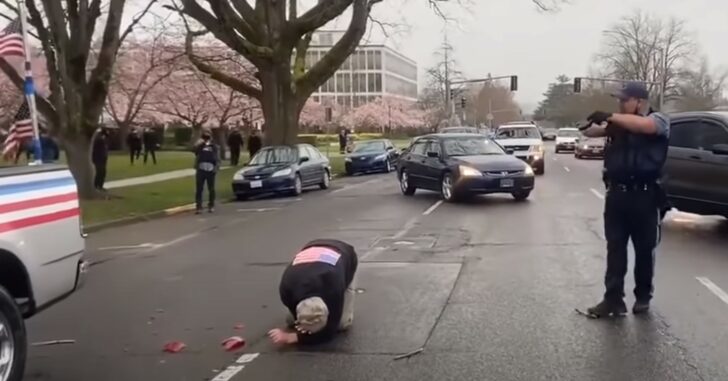 SALEM, OREGON — An armed man drew his firearm on protesters Sunday, and it was all caught on video. In the end, the man isn’t facing any charges for his actions.

The incident was captured in dramatic video, as Antifa protesters clashed with demonstrators taking part in a “Freedom Rally.”

The white-haired man got out of his American flag-adorned pickup truck to look at the damage allegedly caused by Antifa protesters. That’s when he was attacked with pepper spray, by a mob that was surrounding him, police said.

Video of the incident can be seen below.

The man was told to drop the gun by police, who were in close proximity to the incident. The man complied and was detained and interviewed. Police say he has a valid concealed carry permit.