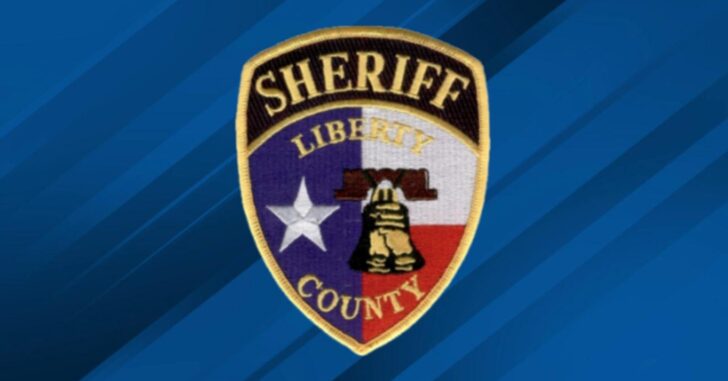 LIBERTY COUNTY, TEXAS – A man was fatally shot following an argument with his neighbor over alleged damage to a pick-up truck. A press release from the Liberty County Sheriff’s Office indicated that the argument and subsequent shooting occurred on the evening of Sunday, May 1st.

LCSO Lead Investigator Linda Worley oversaw the investigation, which has revealed the following circumstances which led to the fatal shooting. There are three houses located on a single piece of property where the incident occurred. Christopher Aaron Jorgensen, 32, was the occupant of one house, while another was occupied by Edwin Thomas Baty, 54, and Alvin Ray Zachary, 51.

At some point in the evening, Jorgensen accused Baty and Zachary of causing damage to his pick-up truck. During the confrontation between Jorgensen and Zachary, Baty ran into his house, going to the bedroom, locking the door, and arming himself with a 12-gauge shotgun, with Jorgenson in pursuit.

Jorgensen allegedly attempted to break through the door but stopped his efforts after a short time. This led Baty to believe that Jorgensen had left, but upon opening the door Jorgensen charged at him. Baty fired twice as Jorgensen ran outside into the yard. It is not known if he was struck by either of the blasts.

Baty told Investigator Worley that he then went to the front door, only to find Jorgensen charging toward him again. At that point, Baty fired the shotgun at Jorgensen a third time, killing him.

An autopsy has been ordered by Justice of the Peace Judge Stephen Hebert. No charges have been filed at this time, and the case will be referred to a grand jury for consideration of any charges. any possible action.

Previous article: 1 Of 2 Masked Men Who Threatened To Kill Bar Patrons And Employees During Armed Robbery Dies After Being Shot By Victim Next article: Prank Turns Deadly For 18-Year-Old North Carolina Woman Shot By Friend