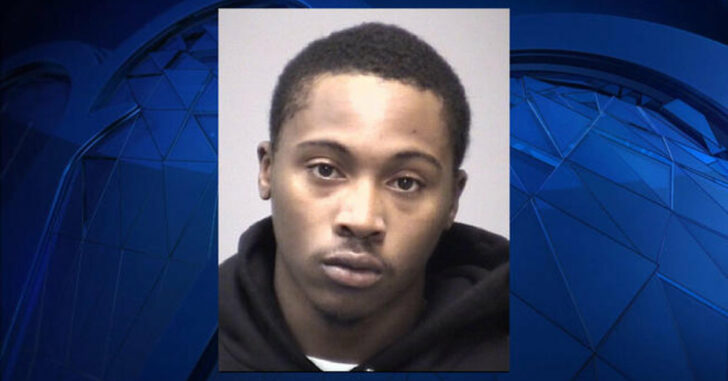 NEW HAVEN, CONNECTICUT — A delivery driver making a food delivery at 3 a.m. was surprised to be greeted by a man with a gun. He showed up at the listed address with an order for $37 worth of food. Instead of paying for the food, the occupant decided to rob him at gunpoint.

You see where this is heading?

The armed robber wouldn’t be satisfied with just a glass of milk and a cookie. You give a mouse a cookie, he’s going to want a glass of milk. And eventually, it ends when he takes your car, your home, and if he’s feeling angry that day — your life. That’s where the robber was headed and the delivery driver knew it.

At some point in the encounter, the delivery driver realized it wasn’t going to get any easier than it already was. A gun pointed at him by an unstable, idiotic youth that doesn’t know any better — take your chances with no gun. He allegedly overpowered the youth, took his gun, and opened fire on him with it.

The robber fled into the night. Police showed up and took the handgun and filed their reports. Surprise, surprise, Shawn Pauls, 23, shows up in the hospital the next morning after someone dropped him off. He has a single non-life-threatening gunshot wound and somehow knows nothing about all the events from last night.

Pauls is a felon with a prior record that indicates if anyone was dumb enough to push his luck with a delivery driver, he surely would be dumb enough for that. And it turns out the New Haven police think the same. They’ve since charged him with criminal possession of a firearm, first-degree robbery, second-degree larceny and first-degree threatening in connection with the incident.

Paul’s gun obviously wasn’t bought at the local gun shop. This should help inform anyone curious that there isn’t an armed criminal out there who will hesitate to get his hands on a stolen or illegal gun and use it. Thus, any law-abiding person wandering about may as well strongly consider the same.

That delivery driver was tough as nails. That’s not a safe bet for the average person. It’s better to be prepared than rely on a lucky break in a bad situation. Carry everyday — especially in Connecticut.

Previous article: Even Criminals Are Getting Wise To Home Invasions -- Apartment Dweller Defends Himself Against Two Armed Assailants Next article: [VIDEO] Why Training For Scenarios Is Important -- Reality Versus Perception