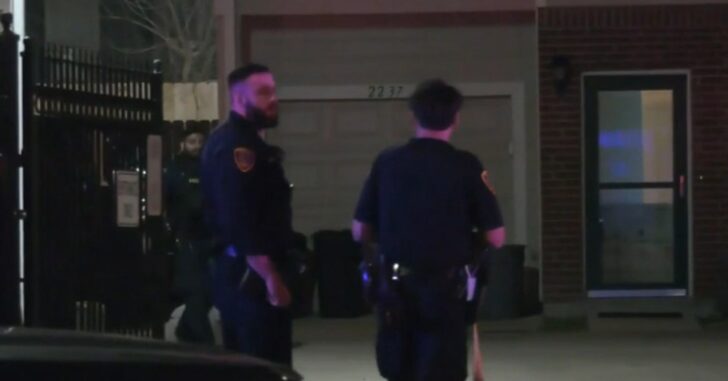 HOUSTON, TEXAS – An intruder was fatally shot by a homeowner who awoke to find the man in his bedroom early Thursday morning. Houston police say the incident occurred around 1:00 a.m. in the 2200 block of Naomi Street.

There, the armed occupant discharged his firearm at the suspect, striking him in the neck area. The wounded man was able to flee the home and knocked on the door of a neighboring house, telling the occupants that he had been shot. He collapsed a little farther down the street and died. It was not immediately known if the suspect was armed, but the homeowner will likely not face charges regardless, according to officers.

Neighbor Jaylon Ross said that the man first tried to get into his home but settled for keying his car before breaking into the house where he was shot. Traumatized by the encounter, he said, “I kept asking, ‘Who is it? Who is it? He was like, kind of leaning and not answering. He didn’t show his face but reaching for something.”

Ross, who has a newborn baby, wasn’t sure how he was going to protect himself and his child if the encounter had continued. “Whatever he had, I just thought, ‘How do I defend myself?’ You know, and the police didn’t come until 10 plus minutes later, so it would have been too late.”

Thankful that the suspect couldn’t get into his home, Ross said he watched the man jump his backyard gate and run to other homes. “Once you heard the screaming it’s like, something’s going on.,” Ross said.

Previous article: NEW: The Hellcat Pro from Springfield Armory Next article: News Team Comes Under Heavy Fire In Ukraine, All Captured On Camera, And They Miraculously Survive