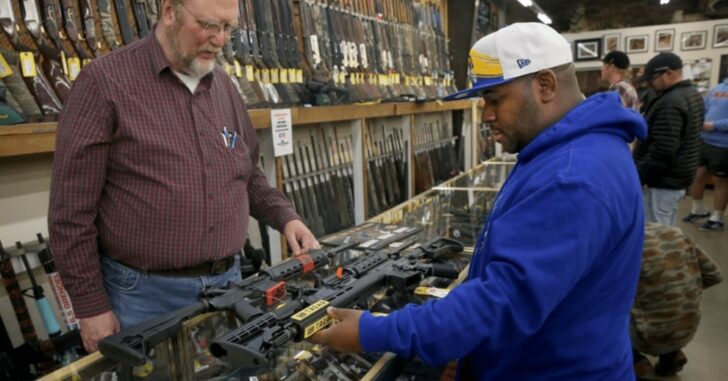 A recent survey was conducted by the NSSF to try and figure out how many new gun owners have come out of 2020 so far, and the number is pretty substantial. Remember, this is new gun owners; As in first-time buyers.

Their press release below gives all the details:

NEWTOWN, Conn. – NSSF®, the trade association for the firearm industry, updated retail survey-based estimates and concluded that nearly 5 million Americans purchased a firearm for the very first time in 2020. NSSF surveyed firearm retailers which reported that 40 percent of sales were conducted to purchasers who have never previously owned a firearm.

NSSF tracks the background checks associated with the sale of a firearm based on the FBI’s National Instant Background Check System (NICS). NSSF-adjusted NICS checks for January through July 2020 is a record 12.1 million, which is up 71.7 percent from the 7.1 million NSSF-adjusted NICS January through July 2019. This equates to nearly 5 million first-time gun owners in the first seven months of 2020.

“This is a tectonic shift in the firearm and ammunition industry marketplace and complete transformation of today’s gun-owning community,” said Lawrence G. Keane, NSSF Senior Vice President of General Counsel. “These first-time buyers represent a group of people who, until now, were agnostic regarding firearm ownership. That’s rapidly changing, and these Americans are taking hold of their God-given right to keep and bear arms and protect themselves and their loved ones.”

Several factors are contributing to the sustained surge in firearm purchases. Sales spiked in March, with a record-setting 2.3 million NICS background checks conducted for a firearm sale, the same month the coronavirus pandemic struck. During this time, police warned response times would be tested while mayors and governors emptied prisons, including violent felons. Some of those were rearrested within days for committing another violent crime. After Memorial Day, protests turned to looting, riots and destruction, which continues today in several major metropolitan areas. Politically-charged calls to defund police also continue to spur sales.

This is also an election year and firearm sales typically rise during presidential election years. However, this year, Democratic candidates Joe Biden and U.S. Sen. Kamala Harris (D-Calif.) are calling for stringent gun control measures, including forcible confiscation, banning entire classes of firearms from lawful possession, licensing schemes and repealing the Protection of Lawful Commerce in Arms Act, which would expose the firearm industry to frivolous and harassing lawsuits.

Each month since March, NSSF-adjusted NICS background checks have set a record as the strongest ever recorded for that month.

About NSSF
NSSF is the trade association for the firearm industry. Its mission is to promote, protect and preserve hunting and the shooting sports. Formed in 1961, NSSF has a membership of thousands of manufacturers, distributors, firearms retailers, shooting ranges, sportsmen’s organizations and publishers nationwide. For more information, log on to www.nssf.org.

Previous article: Man Asleep On Couch Wakes To Two Intruders Kicking In His Door, Then Fires Biden Shot Next article: Was Jacob Blake Holding A Knife? Video Shows Something Many May Not Have Noticed