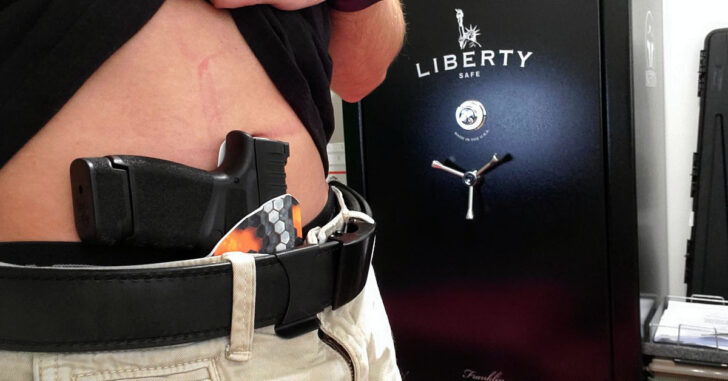 The man was walking to his car from a home when he was approached by the two teens. Police say a fight broke out after one of them pulled out a gun, and that’s when the armed citizen, who was licensed to carry and had his pistol with him, drew and fired.

Both suspects were struck by gunfire. The armed citizen attempted to provide first aid until police arrived.

Ultimately, both were pronounced dead at the scene.

The armed citizen is not expected to face any charges.

An unserialized gun was found at the scene, along with a 30-round magazine, both believed to belong to the deceased.

Previous article: Woman Shoots And Kills Intruder While At Home With Her 3 Children Next article: Armed Robbing Couple Meets Armed Customer, And Things Get Wild