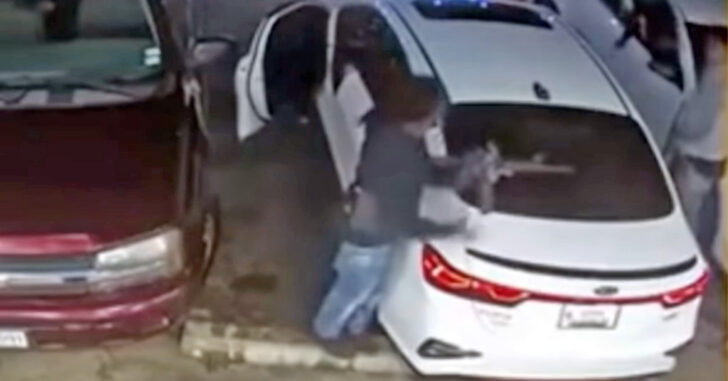 The details behind this incident are slim, and we don’t quite know who the aggressor was. The guy with the AR could have been defending himself, but we simply don’t know.

What we do know is that, after some walking around the vehicle by both men in what seemed like forever, the guy with the handgun gets the first shot and all hell breaks loose. Handgun guy eventually gets shot, pretty badly, and is bleeding from the leg significantly. It is not known if the other man was shot.

Whatever the backstory here, it’s a reminder to carry some medical equipment with you, including a tourniquet. Also, knowing how to property use that tourniquet is a good idea as well.