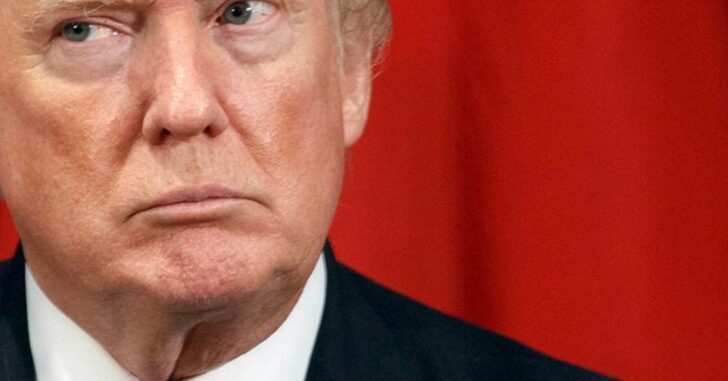 That didn’t take long at all. H/T to TTAG.

Washington, D.C., Dec. 18, 2018 (GLOBE NEWSWIRE) — Today, attorneys for an owner of a “bump-stock” device and three constitutional rights advocacy organizations filed a federal lawsuit against the Trump Administration’s new confiscatory ban on firearm parts, additionally challenging Matthew Whitaker’s legal authority to serve as Acting Attorney General and issue rules without being nominated to the role and confirmed by the Senate or by operation of law. A copy of the court filings can be viewed at www.bumpstockcase.com.

“Bump-stocks” were legal under federal law and prior determinations of the Bureau of Alcohol, Tobacco, Firearms and Explosives until the agency issued a new final rulemaking today. Under the new rule, owners of the devices have just 90 days to surrender or destroy their property, after which they could face federal ‘machinegun’ charges that carry up to 10 years in prison and $250,000 in fines for each violation.

The plaintiffs are represented by attorneys Joshua Prince and Adam Kraut of Firearms Industry Consulting Group, a division of Civil Rights Defense Firm, P.C. Prince and Kraut previously filed a nearly 1,000-page formal opposition to the proposed regulation, which included a video exhibit showing the actual operation of a “bump-stock” device on an AR-15 type firearm. That opposition and its 35 exhibits can be viewed at www.bit.ly/fpc-bumpstock-reg-opposition.

“The ATF has misled the public about bump-stock devices,” Prince said. “Worse, they are actively attempting to make felons out of people who relied on their legal opinions to lawfully acquire and possess devices the government unilaterally, unconstitutionally, and improperly decided to reclassify as ‘machineguns’. We are optimistic that the court will act swiftly to protect the rights and property of Americans who own these devices, and once the matter has been fully briefed and considered by the court, that the regulation will be struck down permanently.”

In a January statement, Firearms Policy Coalition said that the federal “DOJ and BATFE clearly lack the statutory authority to re-define the targeted devices as ‘machineguns.’” Following that, in February, FPC also commented that as they “opposed the lawless manner in which President Obama often ruled by ‘pen-and-a-phone’ executive fiat,” they objected to and would fight “President Trump’s outrageous lawlessness here.”

“In its rulemaking, the Trump Administration is attempting to abuse the system, ignore the statutes passed by the Congress, and thumb its nose at the Constitution without regard to the liberty and property rights of Americans. That is unacceptable and dangerous,” explained Adam Kraut, an attorney for the plaintiffs. “It is beyond comprehension that the government would seek establish a precedent that it can arbitrarily redefine terms and subject thousands of people to serious criminal liability and the loss of property.”

Anyone who owns a “bump-stock” device and who would like to consider participating in the case should contact the FPC/FPF Legal Action Hotline at https://www.firearmspolicy.org/hotline or (855) 252-4510 (available 24/7/365) as soon as possible.

Firearms Policy Coalition (www.firearmspolicy.org) is a 501(c)4 grassroots nonprofit organization. FPC’s mission is to protect and defend the Constitution of the United States, especially the fundamental, individual Second Amendment right to keep and bear arms.

Firearms Policy Foundation (www.firearmsfoundation.org) is a 501(c)3 grassroots nonprofit organization. FPF’s mission is to defend the Constitution of the United States and the People’s rights, privileges and immunities deeply rooted in this Nation’s history and tradition, especially the inalienable, fundamental, and individual right to keep and bear arms.

Madison Society Foundation (www.madison-society.org) is a 501(c)(3) grassroots nonprofit based in California. It promotes and preserves the purposes of the Constitution of the United States, in particular the right to keep and bear arms. MSF provides the general public and its members with education and training on this important right.

Previous article: Woman Finds Loaded Handgun Inside Rental Car Next article: Montana Man Was Mistaken For Bigfoot And Shot At While He Was Target Shooting