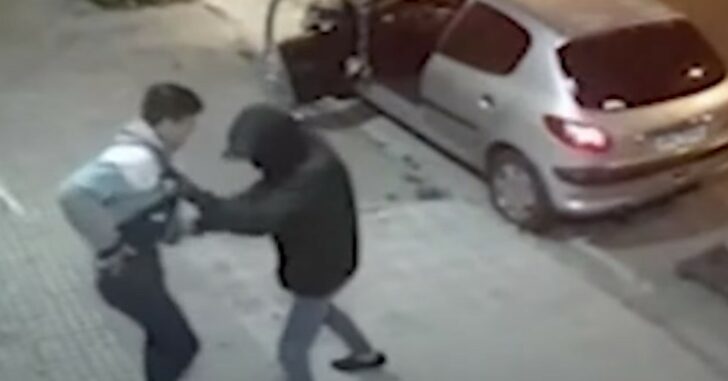 An off-duty officer initially complies in the video below as he is car is being stolen at gunpoint. The robber then decides that he wants to rob the man as well, and that’s where the compliance needed to change. When the frisk started, the officer knew that the bad guy would eventually find his gun, so he needed to act quickly.

He does just that, and both get shots off in each other’s direction. The bad guy ends up shooting the off-duty officer in the arm, and he starts bleeding pretty badly. The bad guy was also apparently struck.

Knowing how to manage bleeding, especially when you’re all by yourself, is a critical part of staying alive during this type of fight.

Comply or not, carry first aid gear on your person such as a tourniquet, and be sure that you know how to use it.

Previous article: 6 Dead, Dozens Injured In Mass Shooting At Russian University Next article: Father Shot By Son After Being Mistaken For Intruder