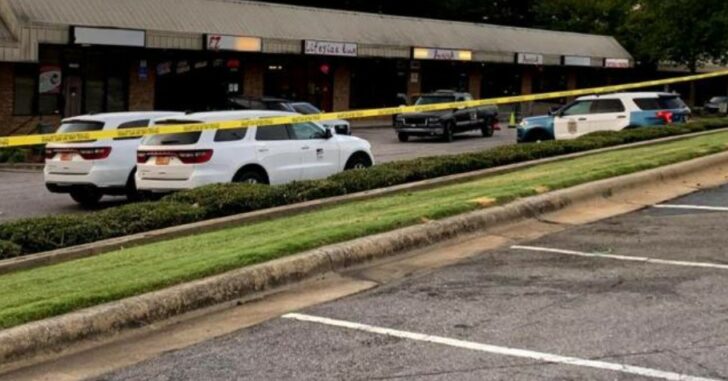 RALEIGH, NORTH CAROLINA — A man was fatally shot in a gun battle with armed security staff at a Raleigh nightclub early Thursday morning. The incident unfolded around 3:15 a.m. at Club Amnesia, located at 1606 North Market Drive.

The man was pronounced dead at the scene and was identified as 28-year-old Devon Maleek Bowser, 28. An employee of the club who called 911 quoted Bowser as challenging the security staff by saying, “Move. You don’t think I’ll shoot you in the face?'”

According to RPD investigators, Bowser first got into a verbal confrontation with nightclub employees. He left and returned a short time later armed with a gun. He threatened to shoot people inside the club and the security guard at the door. When he pointed the gun at the guard, that guard and another guard fired at him.

The caller said Bowser wasn’t alone, adding that “a bunch of his friends”, some carrying semiautomatic rifles, backed him up. The caller also told dispatchers that, “We returned fire at close range.”

Following the shoot-out, Bowser and four or five other men fled the scene, some in a dark-colored vehicle and others jumping a nearby fence, according to the caller. “They returned fire for quite some time,” he said.

The investigation is on-going, and police are working with the Wake County District Attorney’s Office to determine charges in the case. The shooting was one of two at Raleigh bars early Thursday. The other occurred around 2:30 a.m. about three miles from Club Amnesia outside of the Bison Bar, located at 815 East Whitaker Mill Road.

Police say that Rakin Durell hocutt, 36, of Raleigh is in critical condition after being shot in the head, and Nakia Dawon Moore, 40, of nearby Clayton, was shot in the neck.