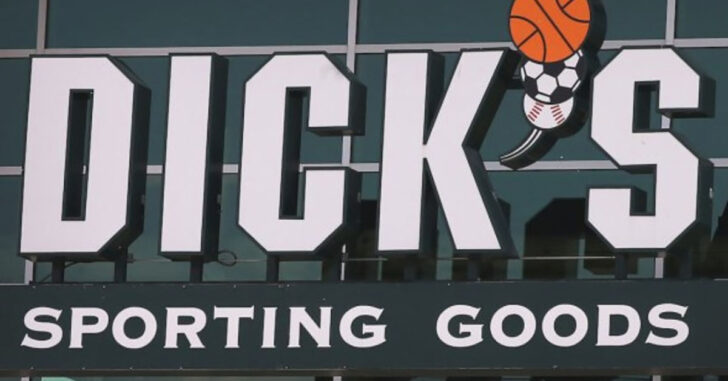 Dick’s Sporting Goods has announced plans to destroy the modern sporting rifles, magazines and accessories they pulled from their shelves in recent weeks. That’s the word from a corporate spokesperson asked about pallets of inventory removed from displays nationwide. The sporting goods dealer’s mouthpiece said the firearms would be destroyed at regional distribution centers and the parts sent to a salvage yard for recycling.

Dick’s made the arbitrary policy change, deciding against selling America’s favorite rifle along with standard capacity magazines and other accessories amid a frenzy of post-Parkland corporate virtue signaling. The beleaguered company‘s CEO, Ed Stack, also decided the company would also arbitrarily discriminate against 18-20-year-old (now former) customers wishing to purchase firearms or ammunition.

In fact, he went further than that. He urged politicos to pass more gun control restrictions, too. Here’s an excerpt of his long-winded corporate suicide note as reprinted in USA Today.

Beginning today, DICK’S Sporting Goods is committed to the following:

We will no longer sell assault-style rifles, also referred to as modern sporting rifles. We had already removed them from all DICK’S stores after the Sandy Hook massacre, but we will now remove them from sale at all 35 Field & Stream stores.

At the same time, we implore our elected officials to enact common sense gun reform and pass the following regulations:

Raise the minimum age to purchase firearms to 21

Ensure a complete universal database of those banned from buying firearms We ran a story on the troubles Dick’s stores (and their Field & Stream outlets) are having had filling all that freshly-vacant shelf space. Ed Stack clearly doesn’t like guns. Or gun owners.  He seems bent on driving Dick’s into the dirt as he panders to America’s gun control industry.

Stack seems determined to keep up appearances in order to rub elbows with other gun control luminaries like George Soros, Michael Bloomberg and their ilk. Toward that end, Stack found some spare change in his couch and dropped $300,000 of his own cash on a Democrat “House Majority PAC” in 2016. George Soros dropped a cool million on the group the same year.

In other words, Ed Stack doesn’t need Dick’s in order to live well.

However, plenty of his employees rely on the financial viability of Dick’s to pay their bills. With leadership like Stack’s, Dick’s workers have cause to worry.

Dick’s sales are headed south. The stock price isn’t far above its five-year low and lost 5.52% on Friday the 13th alone.  Those drawing a paycheck from Stack’s ailing company might want to find new employment quickly, before the SS Dick’s sinks below the waves to join Gander Mountain, MC Sports, Sports Authority.