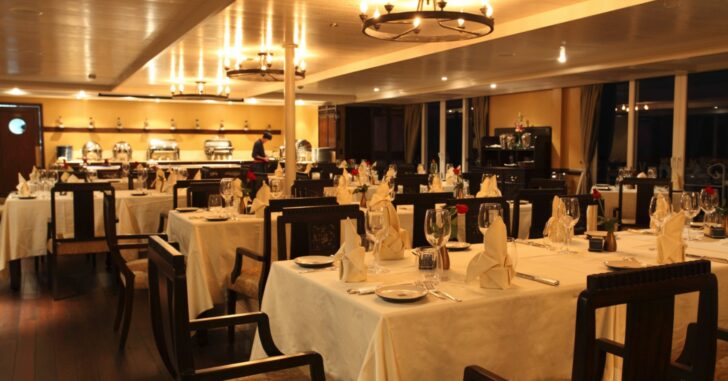 Almost every day, we receive questions, comments and stories that people share with us from their personal lives. Reader Glenn sent us the following message a few days ago, and it was worth sharing to point out a few things. Most of the time they’re pretty routine, and then once in a while…

I have an interesting story I thought I would share with you guys. I was up in Michigan visiting my parents and I took them out to dinner one evening. As we were about to walk out an older couple sits down and I hear a thud sound, as I turn around I see the older gentleman picking up his conceal carry gun up off of the floor. His wife notices me watching and says don’t worry he has his permit and it’s all legal, as he puts his pistol back into his jacket pocket, unsecured. Before I can even say anything he says nothing to worry about I keep it unloaded anyways, it’s just a deterrent. At this point I don’t even know how to react because of how much stuff was wrong about this, I simply just said you need to be more responsible. As I walk out they apologize to my dad who was right behind me and he says oh don’t worry my son is used to guns he’s an infantry marine and he’s got his loaded pistol with him right now. Let’s just say I almost blew up when he just let complete strangers know I was armed!

I wasn’t sure where to being with this story, but we’ll start with the obvious. It’s interesting, to say the least, that there are people among us who carry unloaded firearms as a deterrent, should they ever have to draw them. But then what? What if it doesn’t send the bad guy running? Hopefully it’s a hefty firearm that will knock the bad guy out after you run out of choices and fling it in his direction. We all know this is a horrible idea (to carry an ’empty deterrent gun’), and I hope this older gentleman gains the confidence needed to carry his firearm loaded one day.

The level of inexperience exhibited by this man is high, and he should take an honest look at what he’s doing… for everyone’s safety. His firearm wound up on the floor due to a lack of holster, as well as a less than desirable carry location. I think he needs to go home and start from scratch. As in… research training, firearm safety and so much more.

The next point is the announcement by the father that his son is currently carrying a firearm. Who knows who else is within earshot of the conversation and more importantly, it’s no one’s business but the person carrying the firearm. It’s concealed for a reason, probably.

Previous article: Virginia Must Accept All Permits Beginning July 1st! Concealed Carry Reciprocity Win! Next article: Intruder Is Shot In Face By Homeowner While Trying To Enter Through Doggie Door