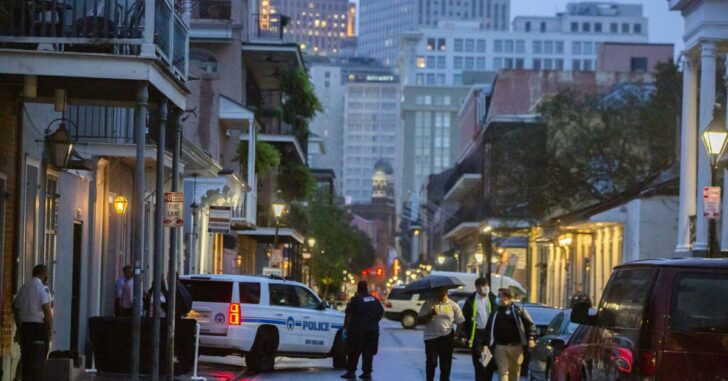 NEW ORLEANS, LOUISIANA — Crime in the United States is up in many places, especially violent crime. The wave of anti-police sentiment across the country has had some pretty devastating effects; notably in the areas where good policing is needed most.

In New Orleans, armed robberies are up 25.5%, aggravated assaults are up 44.8%, homicides with a firearm are up 22.4%, and non-fatal shootings are up 79.5%, according to the New Orleans City Council Crime Dashboard.

It is no surprise then that residents have had to rely on themselves for protection. Last week a local homeowner had to do just that. When a violent home intruder attacked him, he fought back.

“A lot of violence happens at 3 or 4 a.m.,” a French Quarter resident, Dereck Terry, told the local newspaper. “But I could have easily been riding my bike during this.”

The suspected home invader was banging on the door and lunged at the homeowner when he opened it, according to the local news outlet.

Neighbors told the Times Picquayne and the New Orleans Advocate that before the shooting, they saw a man who appeared to be intoxicated pulling on door handles in the neighborhood as well as knocking on doors.

The locals have succumb to violence being a part of their daily existence, especially during early morning hours. They spotted the home invader, possibly drunk, trying to gain entrance to other homes in the area. He was pounding on doors and turning door knobs. These actions turned out to be fatal.

When the home invader finally found a door he could enter, he immediately attacked the person inside. Fortunately, Louisiana is a Stand Your Ground state. The homeowner had no responsibility to retreat. By law he was able to defend himself with deadly force.

The police are not pressing charges against the shooter. He was within his legal right to defend himself and his home, as well as having all the legal credentials for owning the firearm.

These kinds of crimes don’t only happen in violent New Orleans neighborhoods. Always have a plan for when you may hear the sounds of intruders at 3am in your home.