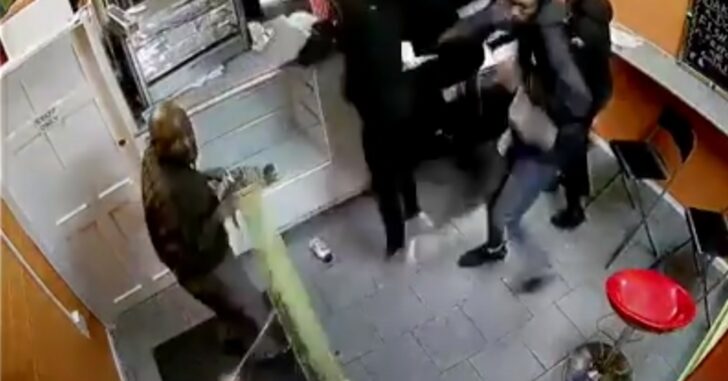 Guns in the UK are not something that we see a lot of, because they don’t have a lot of guns. That’s not going to stop bad guys from getting them, however, and leads to situations where good people are faced with bad guys with guns. And they have no way to defend themselves.

Eight people were inside the bakery at the time of the shooting, and this thug was able to hit three of them. There isn’t much to do in these cases except run or fight, and this is an instance where everyone ran to the best of their ability.

The important thing here is this: If you’re a good guy in a normal place, like a bakery, your life can change in an instant at the hands of a bad guy that truly wants nothing to do with you. However, you happened to be in the same location as the person(s) they were after.

What does that tell us? It tells us that we need to be prepared for trouble even if we don’t typically invite trouble into our lives. If you’re not actively out looking for problems, other people’s problems can still find you.

Previous article: Concealed Carrier Shot 4 Times During Shootout On Highway With Armed Carjackers After Accident Next article: 11-Year-Old Girl Shot In The Face After Answering Knock At The Door