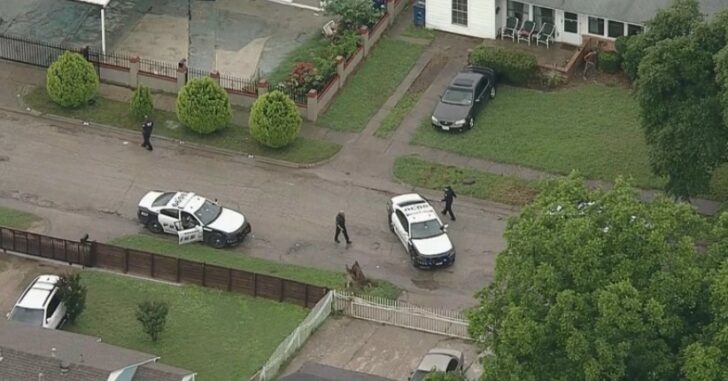 DALLAS, TEXAS – A burglary suspect was fatally shot by a man who witnessed the burglary of his neighbor’s home.  The alert neighbor, identified by DPD as a 60-year-old black male, called 911 at 11:35 a.m. Friday morning to report the crime in progress in the 300 block of Halsey Street.

Arriving officers found one of the suspects, a black male, suffering gunshot wounds. He was transported to a local hospital by Dallas Fire-Rescue, where he was later pronounced dead.

The man who witnessed the break-in and called 911 told officers on the scene that three men were involved in the break-in and as they were leaving “one of them fired multiple rounds towards [him].” The neighbor, who was also armed, returned gunfire and struck one of the suspects. He was interviewed by detectives and released pending a referral to a Dallas County grand jury.

Texas is one of many states with “no duty to retreat”, which means that a citizen who is in a place that they are legally allowed to be is justified in using deadly force if they reasonably believe it is immediately necessary to protect oneself from the use or attempted use of deadly force by another.

According to a Dallas Police Department tweet, the other two suspects were unidentified black males, and they are believed to have fled on foot following the incident.