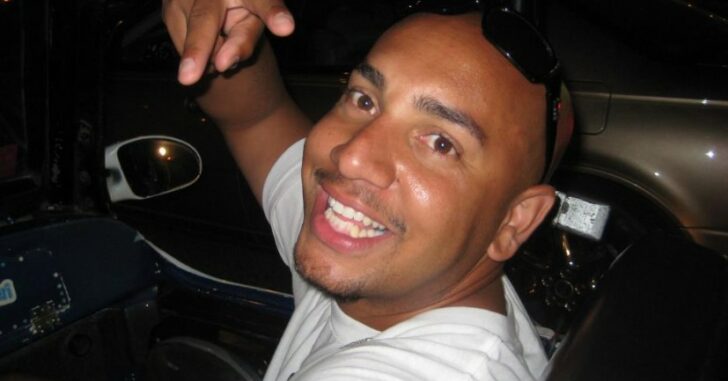 PORTLAND, OREGON — A concealed carrier who attempted to break up a fight outside a bar on PSU campus was shot dead by police after his firearm apparently fell out of it’s holster and onto the ground. Witnesses say that when he went to reach for his gun to pick it up, officers fired numerous rounds.

That armed citizen has been identified as 45-year-old Jason E. Washington, who was an employee of the US Postal Service and a Navy Veteran. Washington is also a father of three and grandfather of one. He is remembered as a person with a huge personality that everyone fell in love with, who fell in love with his high school sweetheart and then had a family.

Washington was out with co-workers when a fight broke out. According to his friends, he was not involved in the fight and was simply trying to be a good Samaritan and help to break it up.

It was all caught on video, and you can see how things unfolded below:

Police have not yet released his identity nor any details surrounding the incident, as they are currently investigating. Both officers have been placed on paid administrative leave, as per policy.

Mike Joseph, another friend and former co-worker of Washington’s, said Washington was at the bar with friends, celebrating the Oregon State University baseball team winning the College World Series. He had a concealed carry permit for his handgun, Joseph said.

“I saw the video, and there is no way he should have been shot,” Joseph said. “I wish he didn’t have a gun on him, because this probably wouldn’t have happened if he didn’t.”

The most important statement in my eyes that has come to light so far is the following account from a witness who worked at a local shop and saw the entire encounter.

“It’s just a really unfortunate situation,” said Donald Dietz, 25, an employee at the Cheerful Tortoise who witnessed the shooting. He had asked a co-worker to call the police when he saw a conflict inside the bar escalate and move outside. He was only a few feet away when the man was shot.

“The unfortunate situation is he was trying to help and break things up,” Dietz said of the man who was shot.

Dietz recalled the man reaching for his gun after police told him three or four times not to.

“They warned him multiple times not to reach for it, but he did,” Dietz said. “I don’t want the message out there that the cops were trigger-happy.” Dietz said employees at the Cheerful Tortoise did everything they could to stop the situation from escalating like it did.  “It’s just that people got drunk and stubborn,” he added.  “They had to do it,” he said of the officers involved. “People think they were overzealous, but they had to do it.”

There are a few questions that I immediately ask myself when confronted with this information. Given the situation, it was probably intense for all involved simply because there was a fight with multiple people.

For question 1, it is possible that Washington did not notice police being present, simply because he was focused on breaking up the fight. In my eyes, if he knew police were there, he should have let them handle it while he stepped aside and simply let himself be a witness.

For question 2, it is possible that Washington did not hear police giving him commands to not reach for or pick up the firearm. Even if they did not say that specifically, as stated by the witness, he should have known not to pick up the firearm once an officer shouted “Drop the gun!” In the video, I can hear the phrase “Drop the gun” twice before the first shot is fired. It does seem that the first shot fired was very quick to happen after giving these commands, but I do not know how close Washington was to his firearm during this time. That makes a big difference when deciding whether or not the officers acted too quickly.

In the end, we have a very sad story of a man who was just trying to help, and it ended up costing him his life. There are many things to discuss here in the future, but I will leave you with some points to consider;

We will have more on this story as information becomes available.

Previous article: Concealed Carrier Shot And Killed By Police After Reaching For His Gun That Fell Out Of It's Holster Next article: Winning AGAIN: As of July, This State Is Charging Less Cash for Carry Licenses