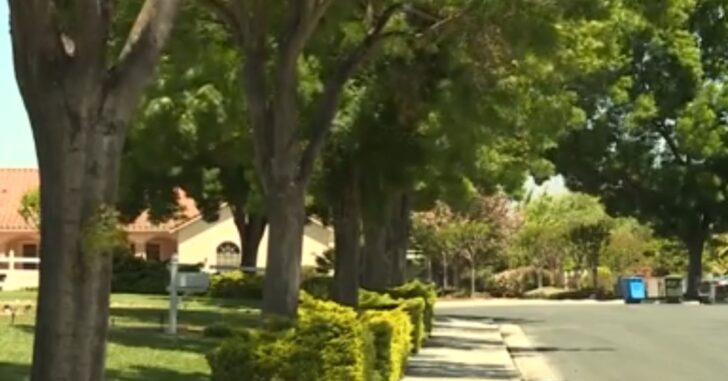 SAN BENITO COUNTY, CALIFORNIA – A suspected burglar was shot in the leg after refusing the homeowner’s demands to leave. It happened Monday morning around 6 a.m. in Montebello Estates, an upscale gated community in the 3300 block of Cienega Road, just outside of Hollister.

Police say that the woman woke up this morning and discovered a man armed with several knives and a machete inside her walk-in closet.  She ordered him to leave and fired several warning shots. When he refused to leave and advanced toward her, she shot him in the leg.

Police have identified the suspect as 18-year-old Ocean Burger.  The woman is a mother of two young children. Her husband said that she decided to arm herself and went into mama bear mode when she confronted the burglar.

Ocean Burger was treated at Natividad Medical Center in Salinas, then charged with burglary and possession of burglary tools and jailed on a $40,000 bond. Investigators are not recommending any charges against the homeowner.

Commenting on the incident, San Benito Assistant District Attorney Ellen Campos said, “There is a presumption that favors the homeowner… they’re presumed that the person is in imminent fear of either death or great bodily injury.”

Widely thought of as an anti-gun state, California does have “Castle Doctrine” laws, which allows residents to use force against intruders inside their home. Additionally, the resident has no duty to retreat before resorting to lethal force.

Firing warning shots is typically not recommended, and could even have legal consequences in certain areas. If you have a gun out for a self-defense encounter, you need to be prepared to use it if necessary.