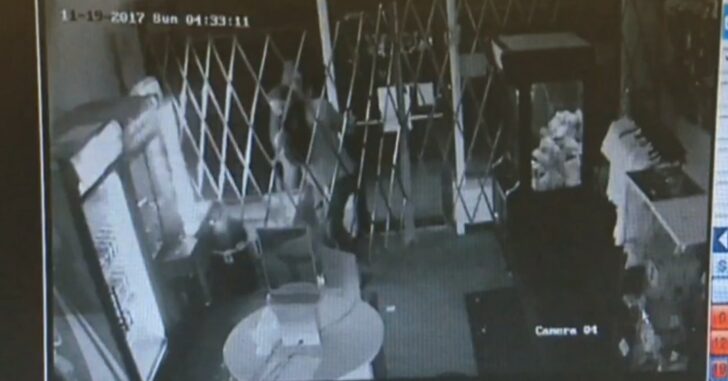 DAYTON, OHIO — We love self-defense stories just as much as the next freedom loving person, but there’s a line that is sometime crossed and it puts people in danger.

A recent story out of Ohio shows a 22-year-old store owner fighting back against a group of thugs who were trying to break into his store. The owner was alerted to the break-in on his phone and was not too far from the location. That’s when he made the decision to go to the store and see what was going on.

As he arrived to the store, Seaton told Dayton police he saw two men running from the store. Seaton said one of the men then stopped, pulled out a gun, and pointed it in his direction.

Then, Seaton grabbed his AK-47 from his car and fired back at the criminals. He believes that he hit at least one of them, but can’t be sure.

The next piece of the story is the one that holds the irresponsible flag, and it should never be attempted by an armed citizen who is looking to bring justice in his or her own way;

Seaton told police the would-be-thieves wearing black masks fled on foot after he fired shots. He said he followed the two men in his truck as they made their way into a running getaway truck parked in the 2500 block of Mundale Avenue.

Seaton continued to follow the suspects in his truck. That’s when he says the suspects began firing shots at his vehicle out of a driver side window.

Police said Seaton ended his pursuit at the intersection of Smithville Road and Linden Avenue before returning to the store to alert police.

This entire ending put anyone in the area at risk of being struck by gunfire, and of course put Seaton at risk of being shot as well. If the bad guys are taking off –and firing at you– it’s probably time to go in the opposite direction and get to a safe place.

This was the latter.

I hate to criticize a fellow gun owner, but lines need to be drawn. This, to me, was a clear violation of being a responsibly armed citizen.

Previous article: Man Comes Home To Burglar, Who He Shoots And Kills On Sight Next article: Flint Resident Returns Fire On Thugs During Encounter On Street