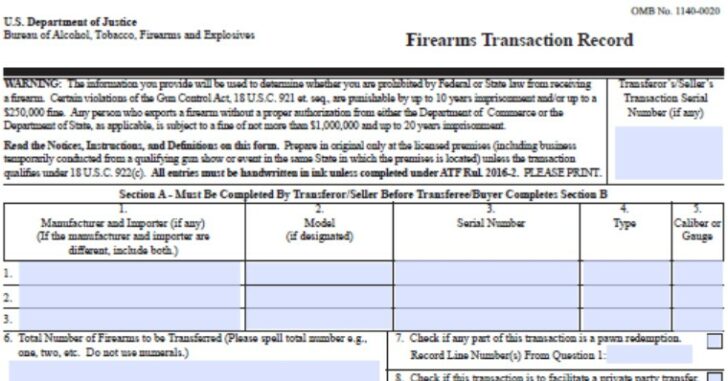 UNITED STATES – April 1, 2021 – The Federal Bureau of Investigation (FBI) has released the details regarding the number of background checks that were conducted using the National Instant Criminal Background Check System (NICS) during March 2021. The number surpassed any other month since the system was established in November 1998.

Bear in mind that these figures represent the number of background checks initiated through NICS. They do not represent the actual number of firearms sold; however, it is easy to see that the intent of American citizens to purchase guns is only increasing with each passing month.

There are many factors that are thought to be fueling the increased interest in gun ownership, including political, economic, social and health concerns. The Coronavirus pandemic, which was officially declared in March 2020, sparked an increase in NICS activity from 2,802,467 in February to 3,740,688 in March. Prior to March 2020, there had been only one month with over 3 million checks which was December 2015 with 3,314,594. Along with toilet tissue, cleaning supplies and canned goods, guns and ammunition disappeared from stores, both brick-and-mortar and online.

Then in late May, the George Floyd incident divided the nation, and June numbers jumped by more than 840,000 over May. As violent protests and rioting continued through the summer and into the fall, so did the months of 3 million-plus NICS checks.

Americans hoped that January 2021 would usher in a better year for everyone. What it brought was a new record high of 4,317,804 NICS checks. After dropping to numbers consistent with 2020 averages in the short month of February, March set a new all-time high of 4,691,738.

Firearm and ammunition manufacturers are running at full capacity in an attempt to keep up with the demand for their products. Gun store display cases have few if any offerings and ammo shelves are bare. Online firearm sites are riddled with ‘Out of Stock” banners, and online ammo is selling for as much as five times the ‘normal’ prices of a year ago.

As this is being written the high-profile trial of former Minneapolis police officer Derek Chauvin, accused in George Floyd’s death, is in the fourth day of what is expected to be a four-week trial. Chauvin is charged with third-degree murder, second-degree unintentional murder, and second-degree manslaughter.

Tensions are high across the nation as everyone anticipates the ramping up of the emotions, protests, and riots of last summer. Authorities across the country are making plans and preparations for whatever may occur once the trial is completed, and the verdict is released.

It appears that citizens across the country are also making plans and preparations of their own, and the demand for background checks firearms and ammo is expected to remain high for the foreseeable future.

Previous article: WATCH: Man Has Incredibly Fast Draw Against Bad Guy Who Comes Out Of Nowhere Next article: Man Who Is No Stranger To The Law Shot During Attempted Home Break-in