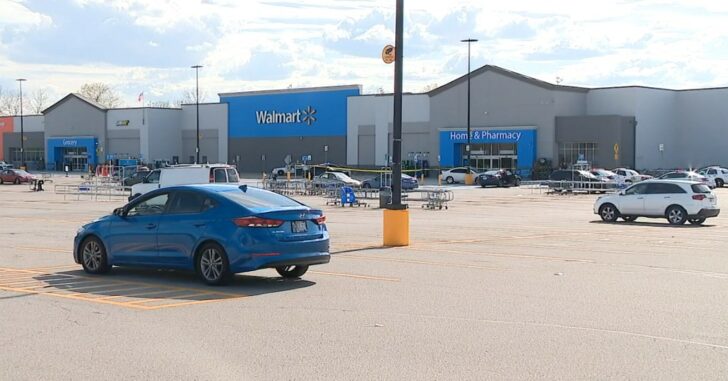 INDIANAPOLIS, INDIANA – Indianapolis police were dispatched to the Beech Grove Walmart at 4650 South Emerson Avenue, just south of I-465 Saturday for an incident that caused chaos, confusion, and fear among shoppers who are still reeling from the mass shooting at the FedEx facility two days earlier.

According to the Indianapolis Metropolitan Police Department, an off-duty park ranger who was moonlighting as a security officer became involved in a confrontation with a suspected shoplifter. when the suspect resisted, the guard called for assistance from other officers and police were on the way when the confrontation escalated.

IMPD said that the suspect drew a gun and aimed it at guard. Another individual who was in the store then drew his gun and started firing at the suspect. Responding officers were notified of the gunfire while still in route to the call.

The suspect fled the store on foot and was tackled and detained by yet another good Samaritan outside the store until police arrived.  He was transported to a hospital for treatment of injuries, as was the security guard.  Neither man involved in the altercation, nor any bystanders, were hit by gunfire.

Police said that the shoplifting suspect does have two prior warrants. It will be up to the prosecutor’s office on what final charges the suspect might face. There was no mention of any charges against either of the individuals who intervened to defend the guard or detain the suspect.

Given the recent mass shooting that occurred in the city less than 48 hours earlier, the citizens of the city are on edge.  A couple who was at the store, one inside and one outside, during the chaos was interviewed on a local newscast.  They were outraged that a crazy man was shooting random people inside the store and dismayed that the violence is getting ridiculous. They were obviously speaking based on emotions and not facts, as they clearly had no idea what transpired, even though they were on the scene at the time of the incident.