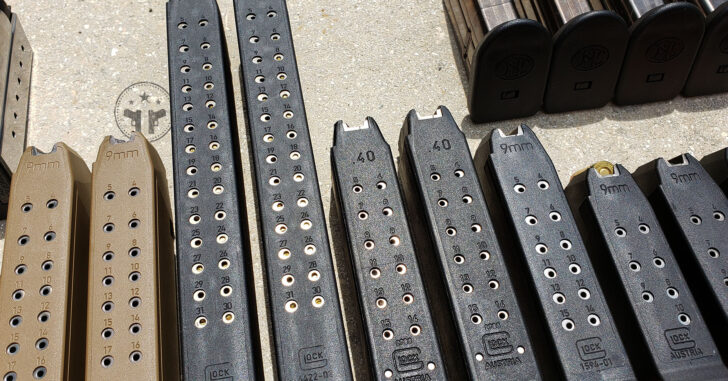 No surprises here as new legislation has been introduced shortly after President Biden announced plans and guidance for new gun control measures. One of the first things up is the banning of magazines capable of holding more than 10 rounds.

A group of Democratic lawmakers in the House and the Senate on Wednesday introduced gun control legislation that would ban the sale, manufacturing, transfer, possession or importation of magazines that can hold more than 10 rounds.

Under the legislation, people who currently possess 10+ round magazines would be able to keep them, but couldn’t sell or transfer them to someone else.

If such a bill passed, I wonder if they’d carve out something to exempt law enforcement, because that’s exactly what New York did back in 2013 with the Safe Act. Oops.

Magazines holding more than 10 rounds were banned for 10 years under the Federal Assault Weapons Ban of 1994. “We cannot clearly credit the ban with any of the nation’s recent drop in gun violence,” the Department of Justice-funded study concluded in 2004. “Should it be renewed, the ban’s effects on gun violence are likely to be small at best and perhaps too small for reliable measurement.”

These measures are likely to meet roadblocks, but it doesn’t mean they won’t eventually be successful. As armed citizens, it’s part of our responsibility to keep up with the news and pending legislation, and letting our representatives know just how we feel about laws that are being proposed.

Previous article: [LIVE STREAM] Minnesota Is In For A Rough Night After Officer, Who Shot And Killed Man During Traffic Stop, Is Released On Bond Next article: Armed Citizen Beats Armed Bad Guy In Wild Shootout Near Highway, Plus Interview With Defender