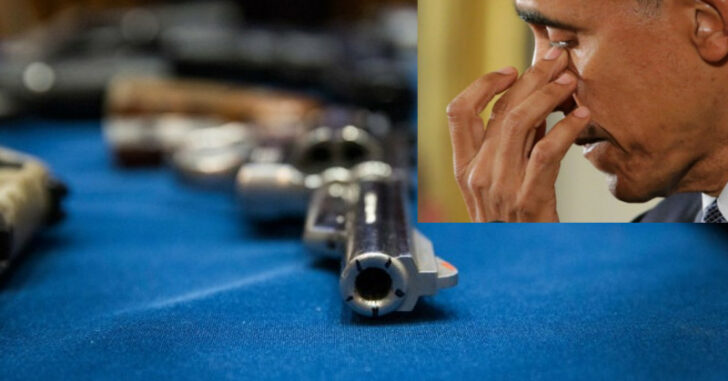 SAN BERNARDINO, CALIFORNIA — It’s been over a month since the tragic shooting at the Inland Regional Center in San Bernardino, California.  In the aftermath of further executive orders dictating how and when people can buy, who can be legally discriminated against based upon the “gray area” of amorphous Federal agency databases, we’re looking at the real-life questions that the families of the victims are facing.

Amy Wetzel is the widow of San Bernardino shooting victim Michael Wetzel and she is also applying for a concealed carry weapons permit. During a recent interview, she speculated that the outcome of the San Bernardino terrorist attack could have been very different if someone had been carrying a concealed gun.

“What if someone in that room (at the Inland Regional Center) had had a permit to carry (a concealed weapon),” she said.

“It doesn’t concern me that law-abiding, mentally sound people are getting concealed weapons permits,” said Bernardino police chief Jarrod Burguan. “I will say from having a gun, pretty much my whole adult life, there is a lot of responsibility that comes with it.”

President Barack Obama isn’t helping his cause by leading up a personal crusade in his lame duck session to stymie what he believes is the cause of gun violence: gun access.  However, Americans are hip to this chase.  Every time some tragedy befalls our society, the only answer we hear back from the government is: give up your guns.  Well, nobody wants to do that.  And instead of being observant, the Obama administration has decided to charge head-long into a losing fight for the control of honest law-abiding citizens’ firearms.  This has resulting in record gun sales and surges throughout nearly every state where the ownership and carrying of guns is legal.

“Literally five minutes after he finished talking, my store was packed,” said Nolan Sands, general manager of the Scotts Valley firearms retailer, according to the Santa Cruz Sentinel. “The direct relation as to when he talks and us getting busy is impeccable.”

If President Obama wants his legacy to be one of mass proliferation of firearms among the general populace, he has certainly succeeded in the most back-handed way of doing so.  We’re not complaining.  If Obama had tacitly accepted the consequences of these tragedies and done absolutely nothing to enforce his executive authority on gun laws, there would likely be fewer people signing up to become concealed carriers as a result of being fearful that right will be heavily restricted or taken away by those executive decisions.

And they’re not wrong.

The databases used to process background investigations are being updated with quasi-legal lists from different Federal agencies which have not been vetted or even double-checked for legitimacy.

Here’s the issue, folks: once you are misidentified as a “threat”, there is no going back.  You can’t go from “threat” to “non-threat”.  So if some Federal agency deems you are a threat in any way, shape or form or simply just puts your name on a list next to people who are — or just has a civilian contractor who doesn’t double-check his entries — congratulations.  Welcome to the 21st century.

Getting back to San Bernardino, would it have mattered if there were concealed carriers in the building at the Inland Regional Center?  Maybe?  It’s impossible to know.  What we do know is that the political ramifications and the doctrine of fear that follows has done more to arm law-abiding citizens than anything else.

It’s not the event, sadly.  It’s the outcry and the reaction.

Let’s stop reacting and start training.  If you see a neighbor or a friend and they’re interested in getting on board, be the first person to get them acclimated to some range time and the basic principles of firearm safety.  Those are the two best places to start when it comes to acknowledging that the world isn’t getting any safer outside and if you’re going to make the adult decision to protect yourself — you should do so responsibly.

Previous article: Student In Fear Of His Life Had No Other Option But To Hide On Campus Next article: [CCW IN ACTION] Concealed Carrier, Vietnam Vet Beats Armed Robber On The Draw