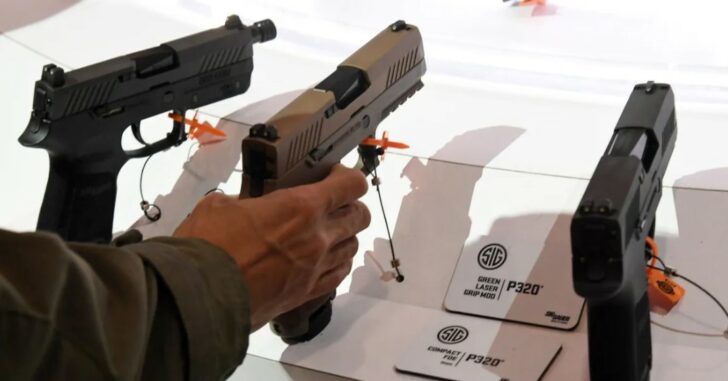 Canada’s Elite Special Forces Counterterrorism unit saw a wounded soldier during what has been called a misfire by a Sig Sauer P320s. The details are below, as well as a response from Sig Sauer.

A member of Canada’s elite special forces counterterrorism unit was wounded last fall when a newly-purchased handgun, with a history of misfires and injuries in the U.S., inexplicably went off during a training exercise at an Ottawa-area range, CBC News has learned.

The soldier, belonging to Joint Task Force 2 (JTF-2), was hit in the leg and received a flesh wound as a result of the accident, which took place Nov. 5, 2020 on a firing range at Dwyer Hill, the unit’s principal base.

Consequently, the military has withdrawn all the brand new SIG Sauer P320s from service and members of the unit will — for the time being — rely on their old model SIG Sauer P226 pistols.

Sig Sauer released a statement on the 5th, and they seem to be putting their foot down with what’s really going on.

“SIG SAUER is working with Canadian Special Operations Forces Command (CANSOFCOM) to resolve an incident involving the unintended discharge of a P320. An inaccurate and incomplete report of this incident was recently published in the Canadian media that called into question the safety of the P320. While this incident occurred months ago, this erroneous media report is driven by multiple sources, including our competitors, and coincides with the imminent release of other Canadian military and law enforcement tenders, indicating the timing of its release is an attempt to improperly influence the procurements.

The firearm involved has been extensively tested by SIG SAUER and it has been determined to be safe. The investigation revealed the use of an incorrect holster not designed for a P320. The use of a modified P226 holster created an unsafe condition by allowing a foreign object to enter the holster, causing the unintended discharge.

The SIG SAUER P320 is among the most rigorously vetted pistols in the market. The P320 meets and exceeds all US safety standards and global military and law enforcement protocols, including the American National Standards Institute (ANSI), National Institute of Justice (NIJ), and Department of Justice (DOJ). The P320 is one of the most innovative and sought-after pistols in the firearms market, and the pistol of choice for all branches of the United States Military (M17/M18), along with numerous law enforcement agencies and other military units worldwide.”