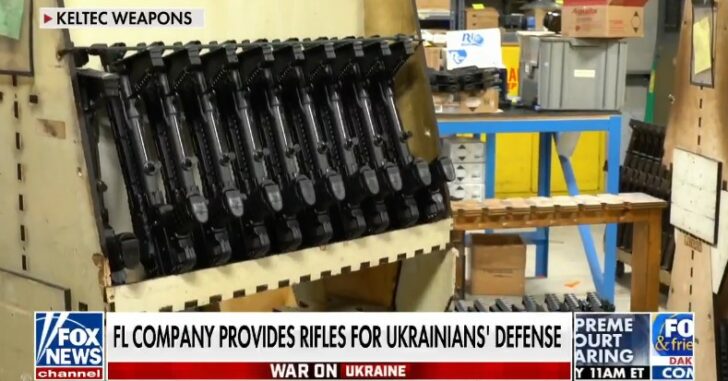 Adrian Kellgren, the owner of KelTec, made the decision to send $200,000 worth of firearms to the Ukrainian Military after an order for the guns went unfilled after failed attempts to contact the client.

That client happened to be in Odesa, Ukraine, and KelTec hasn’t been able to reach them.

“This is just right to get them over there so they do what they were designed to do — defend their home and state,” Kellgren told NewsNation on Friday.

The order was for hundreds of 9mm carbine rifles and once everything was finally situated with sending them overseas, the client couldn’t be reached. This was in February around the same time the city of Odesa came under Russian attack.

The 400 rifles are being sent to an unidentified NATO country, and will then be brought into the Ukraine.

Previous article: CCX2 S03E05: Annette Evans Next article: No Charges For Ride-Share Driver Who Shot Man After He Hit Her And His Girlfriend; Police