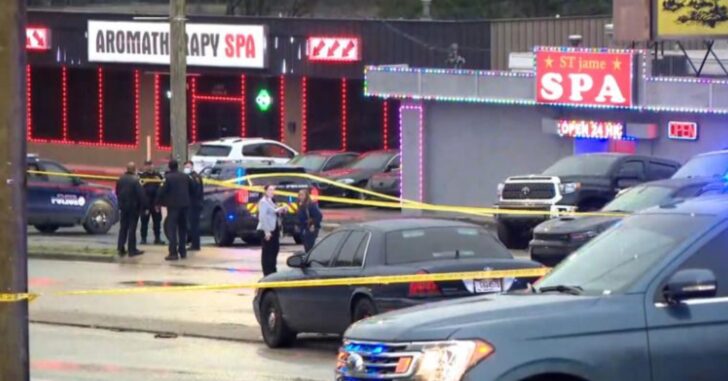 ATLANTA, GEORGIA — Police responded to Young’s Asian Massage near Acworth, Georgia where they found 5 gunshot victims. Two were dead at the scene, and another died at the hospital.

Around the same time, 911 calls came in from two other spa locations, which were across the street from one another.

Atlanta police said they responded to a robbery call at the Gold Massage Spa on Piedmont Road in Atlanta.

At the same time, they responded to the Aroma Therapy spa directly across the street, where they found one person dead, police said.

At this time, police have not determined a motive, nor if the incidents are related.

A suspect was captured on surveillance cameras at at least one of the locations.