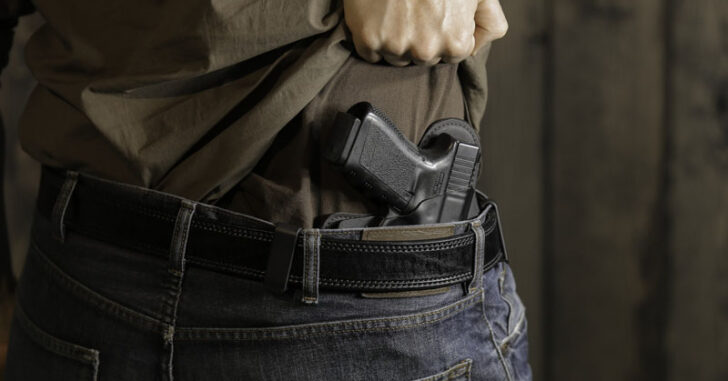 Because the training requirement has been effectively nullified, local police have complained that such measures promote “zero training”. One firearms instructor spoke out against this in a brief interview with WSAZ 3.

“The folks that are going to do it do have a mindset of it’s kind of a responsibility,” Sebastian Parsley said, “and it’s not going to be the wild west. People do take it seriously.”

One of the major complaints lodges by one local police chief include that it limits the ability of law enforcement to arrest a person based solely that he doesn’t have a concealed carry license.

If the only thing you have to bust someone on is the lack of a concealed carry permit, then perhaps it’s time to re-evaluate that technique for catching criminals.

The loss of permits and licenses to carry a concealed pistol isn’t – in of itself – a threat to society. The threat comes with criminals pursuing illegally obtained firearms for the purposes of committing crimes and doing harm to law abiding citizens. Permitless carry has the potential to be a force multiplier because a person is no longer obligated to go through a process that doesn’t make more capable concealed carriers, it’s a regulatory process meant to create an artificial barrier between a citizen and a constitutionally guaranteed right.

Just because training isn’t a requirement doesn’t mean it is not necessary. If anything, the responsibility of carrying concealed responsibly, everyday, necessitates a dedication to training and better enabling one’s self to respond adequately to threats.

Fine-tuned skills like knowledge of the law, situational awareness, marksmanship, firearm safety — these will always be paramount whether it is required by a permit or no.

For West Virginians, congratulations on your first day of being able to carry concealed without a permit. You will still need to pursue a permit in order to travel across state lines but while in your home state, enjoy the safety and security and carry everyday.

Previous article: #DIGTHERIG - Rob and his Springfield XD Mod.2 in a 44 Holster Next article: [CCW IN ACTION] Man With Mental Health Issues Shot In Office After Becoming Violent