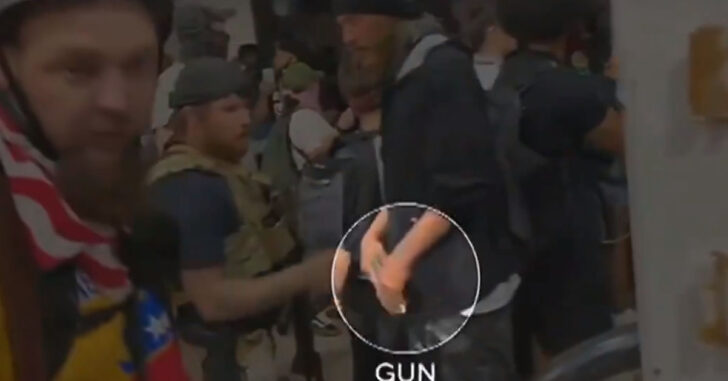 New footage shows us a few more bits and pieces from the night in Kenosha where 17-year-old Kyle Rittenhouse fired several shots at people who his lawyers say where trying to attack him.

“The footage shows Rittenhouse running with a fire extinguisher. Rosenbaum appears and appears to chase after Rittenhouse when a single gunshot is fired,” Fox News reported. “A surrounded Rittenhouse squeezed four shots in Rosenbaum’s direction. Seconds later, three additional shots were reportedly fired by an unknown shooter. One bullet grazed Rosenbaum’s head while another penetrated his right groin, his left thigh, and his back.”

There are some other new videos that can be seen below, as well, and gives us a better overall picture of what happened that night.

This story is far from over, and the coming months should provide even more details.