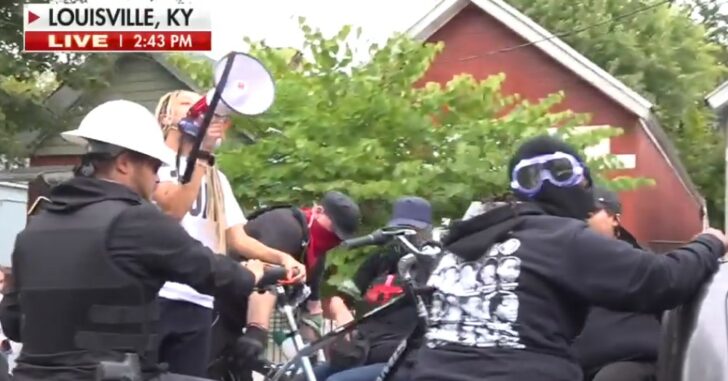 Officer Brett Hankison was indicted today, 194 days after Breonna Taylor was killed by officers who entered her home during a no-knock warrant.

Hankison isn’t being charged with Taylor’s death, but rather for endangering the lives of three people in a neighboring apartment, where police found bullets to have traveled to.

Officer Brett Hankison, who was fired in June, was indicted on three counts of wanton endangerment in the first degree, a Jefferson County grand jury decided Wednesday. Neither the grand jury nor the presiding judge elaborated on the charges.

The fact that Hankison has not been charged for the death of Taylor, along with the other two officers involved, is what could cause chaos in the form of riots and looting.

And that chaos could begin tonight.

John Correia, owner of Active Self Protection, had an interesting post today that outlines the process in which this indictment was handed down, and makes some solid points surrounding the announcement:

Just yesterday, the Mayor of Louisville declared a state of emergency ahead of the announcement.

Two executive orders were signed by Louisville mayor Greg Fischer ahead of an announcement concerning a decision in the Breonna Taylor case.

One of the executive orders declared a state of emergency due to the potential for civil unrest. According to the Mayor’s Press Office, the state of emergency allows Fischer to exercise emergency powers including hiring or contracting services and implementing curfews.

A second executive order restricts access to five downtown parking garages and bans on-street parking. A press release states the on-street parking ban is “to provide an extra layer of security for protests in and around Jefferson Square Park.”