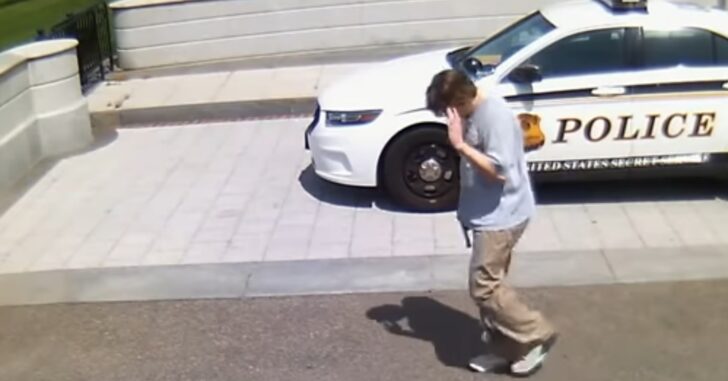 The secret service shot a man with a gun who was approaching an officer in front of the White House on Monday.

President Trump was giving a speech inside at the time, and was quickly escorted from the podium after the shot was fired.

The Secret Service says an officer was standing at his post at 17th Street and Pennsylvania Avenue NW at about 5:50 p.m. Monday when a man approached him and said he had a weapon. He said he had a gun, D.C.’s police department said in their report.

The man then ran toward the officer and “in a drawing motion, withdrew an object from his clothing,” the Secret Service said in a statement.

“He then crouched into a shooter’s stance as if about to fire a weapon,” they said.

The officer fired his weapon and hit the man in the torso.

Video from the incident was captured by a security camera, and shows the man with a gun in his right hand and his left hand in the air for a moment. He is then shot once by police.

It almost seems as though he was waiving his hand in the air as if to give up, but that doesn’t matter if you have a gun in the other hand.