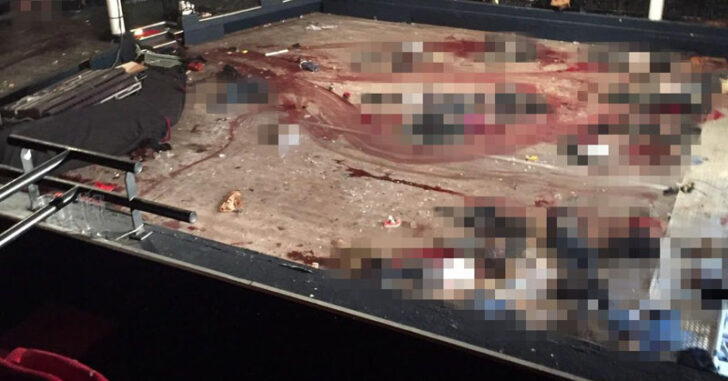 For almost three years now, Concealed Nation has been around to promote responsible concealed carry, and to answer questions for those who are new to the subject. When something as horrible as the recent events in Paris happen, our inbox is flooded with messages about personal safety and self-defense in a similar situation.

People ask if an attack like this could happen in the US, and I say absolutely. In the same breath though, I don’t promote concealed carry out of fear.

I promote it out of preparedness.

I cringe at even typing the following sentence, but I feel it’s accurate. I believe it’s only a matter of time until we see something like this happen here. As a matter of fact, threats have already been made against Washington.

The attacks in Paris occurred at the following locations: Outside a stadium, inside a theater, and numerous locations in the streets. Any public place with a large gathering of people is a prime target for these types of terrorists.

Carrying a firearm against a suicide bomber? Your chances aren’t so great. Most of the time, it’d be too late to react properly.

Carrying a firearm against a group of people inside a packed theater? Now you’re onto something. Even directing their attention to something else can be the difference between life or death.

I’ll never tell someone that if they carry a firearm, they’ll be invincible. That statement is far from the truth. But with preparedness, vigilance and training, we can go about our daily lives knowing that we’re that much more prepared than the average person.

Anytime an event like this happens, I’ll have half a dozen friends call me up to discuss firearms and how to get their permit. I tell each one the same thing:

Whether you plan to carry a gun or not –or even buy one for that matter– get your permit now, so you have it for later.

Being prepared means having things in place before SHTF. If part of your preparedness package includes a firearm, it should be within arms reach.

One example comes from a Sheriff’s office in Pennsylvania so flooded with pistol permit requests, they had to make a statement online:

That’s just one example of many around the country. Every time we see an event like this, the demand for permits and firearms goes through the roof.

So to those people who continue to sit on the fence and wobble between getting their permit and holding off just a bit more, I say get it now. Immediately. Then, get trained with whatever firearm you decide to purchase.

If you’re ever face-to-face with danger on a city street and unable to defend yourself, you’ll wish you made the decision to carry a firearm for protection.

If you don’t think it could ever happen to you, I suggest you take another fresh look at recent events. It’s happening around us as we speak.

Somewhere out there, someone is training to kill you. You should be training as well.

Previous article: Naked Burglar Chased Out Of Bed By Armed Homeowner: Yes, You Read That Correctly Next article: #DIGTHERIG - Kevin and his H&K VP9