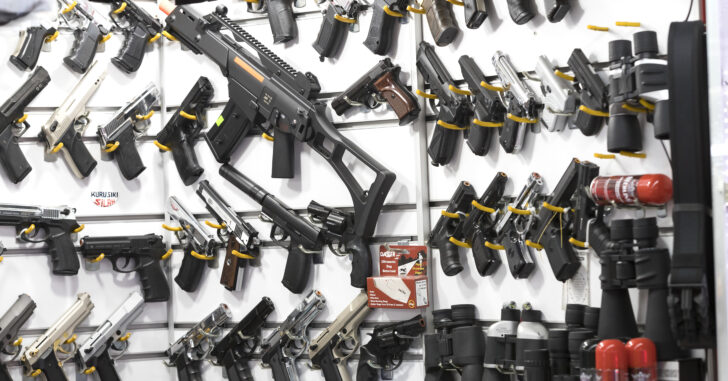 Americans went to gun stores by the millions in June, and it made it the biggest firearm transaction month in history. A whopping 3.9 Million background checks were performed. Keep in mind that 1 background check doesn’t always mean 1 gun, as people can make multiple purchases at once and require a single check.

are americans- already heavily armed – arming themselves even more?
The FBI reporting that last month it conducted more than 3.9 million firearms background checks — a new record since the bureau began collecting such statistics in 1998.
https://t.co/tgF3KP53ek

So far this year, the Country has seen a total of over 19 Million of these background checks. Those are some serious numbers.

Adjusted to reflect only gun purchases, the number of checks for June was up nearly 136% over June 2019, according to the National Shooting Sports Foundation, which represents gunmakers. That adjusted figure was 2.2 million, the group said.

“Civil unrest, rioting, looting and calls to defund police are unquestionably motivating factors of why this trend is increasing. Americans are right to be concerned for their personal safety,” said Mark Oliva, director of public affairs for the group.

And if you think it’s going to slow down, you’re probably wrong. Sales are strong and with so many new gun owners flooding the market, they’re likely to rub off on some friends as well. That, coupled with an ongoing pandemic and civil unrest, things are likely to maintain a similar course for the next few months. If not more.

To the new gun owners, welcome! Don’t forget that your new purchase(s) comes with responsibility, so don’t be afraid to seek out training to know everything there is to know about the things you just bought. There are online communities galore that can help guide you as well, and we’re all very friendly. Stop by, say hello, and we look forward to seeing you on the range!