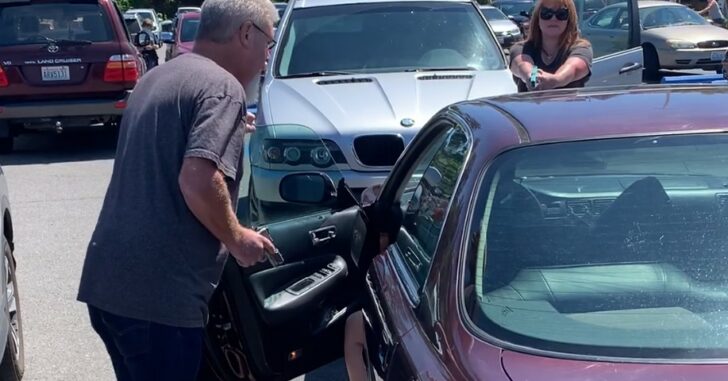 For those who don’t know the term ‘DGU’, it stands for Defensive Gun Use. There are also Bad DGU’s, which is exactly what we’re going to be taking a look at in today’s Irresponsible Gun Owner story.

A few days ago in Spokane, Washington, a couple held a woman at gunpoint as she sat in her car. The reason? She apparently stole some shoes from a nearby store.

Video posted on Facebook shows the pair with guns out, holding the suspected shoplifter in her place until police could get there to handle things.

The man can be heard telling the woman to sit down, and then throws out a strange statement.

“Get your (expletive) in there and sit down,” the man said. “I am not a cop, I will (expletive) shoot you. I’m a Democrat. I can shoot you because Democrats get away with everything.”

Neither of the two armed citizens were cited or arrested, but defense attorney Jeffry Finer thinks that they got lucky.

“Based on what I saw, it looked like these two people were assaulting a suspect who had not breached the peace and I don’t think what I saw constituted a proper citizen’s arrest,” Finer said.

He went on to say that a more reasonable approach would have been to take photos and video, and take down the license plate.

Remember: As a gun owner, you’re accountable for your actions with said gun, and need to be operating in a manner that’s lawful and sane. If I happened upon someone who I thought was shoplifting, I’m not about to hold them at gunpoint. That’s crazy, to say the least. I’ll be a good witness, get as much information as I can, and provide police with that information.

Let’s also mention both of their actions with their guns. The woman maintains the gun on the windshield, opening up all sorts of problems if she were to ever pull the trigger.

The man also is seen waving the gun around in a careless manner, using it to point at things as he talks, and he threatens to shoot the woman.

Let’s get real. If your life or someone else’s life isn’t in imminent danger, leave that gun holstered. You’re not a cop, and you’re not doing anyone any good.