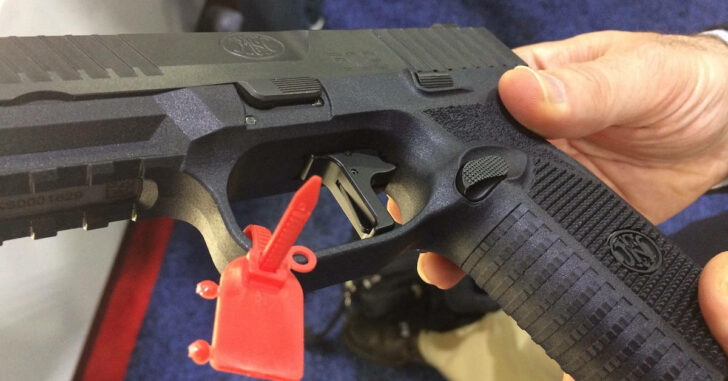 There are people who were born and raised around guns. They know how to use, care, and carry them because they’ve spent their lives around them.

That’s just one segment of the estimated 12-14 million concealed carriers in the United States. Each one of those individuals with a concealed carry permit had to make a conscious decision to get the training, fill out the application, take the test, pick up a gun and carry it everyday.

So what does it take for an individual citizen to decide he is going to be responsible for his own safety?

That’s all it takes. Even if a person has never experienced a violent act but merely seen the effects of it, he knows that all it takes is once before life changes in a very permanent way.

The biggest thing I hear in casual conversation with people who don’t believe ordinary citizens should carry is, “why does a regular person need a gun?”

A regular person has a right to own a gun. He or she can choose not to.

And the choice to carry a gun is a choice towards responsible, lawful acts.

The average gun owner lives his entire life without incident or injury due to firearms.

Any number, by itself, can look big. In terms of causes of death, firearms don’t even make the top 10. A number of largely preventable diseases do. This means that it’s far more likely a gun owner will die of heart disease, diabetes, stroke, or even the flu.

And, as for being a victim of violent assault, that accounts for less than 0.3% of deaths in America. As final statistics make their way to the CDC, the 2014 statistics show that number is somewhere around 3,700. That is out of a nation of 276 million people.

Even with no training, the vast majority of gun owners have no issues related to firearms. Major outliers will exist in all population pools. You will have bad guys that sneak through cracks. You will have violent criminals that are able to get their hands on guns they shouldn’t have.

Why Owning And Carrying A Gun Is So Important

Devil’s Advocate: “Okay then, GH, if the number of deaths due to violent crime is so low, why on earth should anyone need to own — much less carry — a gun?”

Even in the lowest rate of incidence imaginable, it helps to know you have the means to address an issue versus be a passive victim to it. Just like preventable diseases, death by bad guy can also be preventable.

Unfortunately, there are situations where death or injury are unavoidable. There is no guarantee that just because an individual is armed that he or she will be able to avoid death or injury by a bad criminal actor.

That said, at least the person has a choice.

Not carrying a gun is choosing to be at the mercy of the agent who wields force to enact his means. A choice to carry is a choice to get off the fence and be an active participant in your own life.

Previous article: [READER QUESTION] Carrying Concealed During Car Accident -- What To Do? Next article: Man Shot In Neck After Kicking In Door Of Ex-Girlfriend