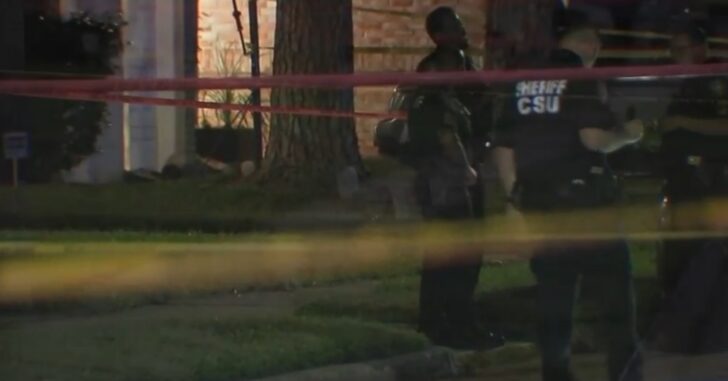 KATY, TEXAS — Two suspects were shot, one fatally, during an attempted home invasion in Katy. The fatally wounded suspect may have shot his accomplice just before his death.

The two men claimed to be Houston police officers per the residents, who heard the men yelling and identifying themselves as police. The suspects forced their way into the residence and immediately began firing. In the shooting, one of the suspects unintentionally wounded the other suspect. The suspect dropped his weapon and fled the residence.

One of the sons retrieved the dropped gun and returned fire, killing the suspect still in the residence. The wounded suspect fled the scene in a dark colored vehicle, driven by a third suspect.

Police are still attempting to ascertain a motive for the home invasion and believe the home was intentionally targeted. The other suspects have not been located.