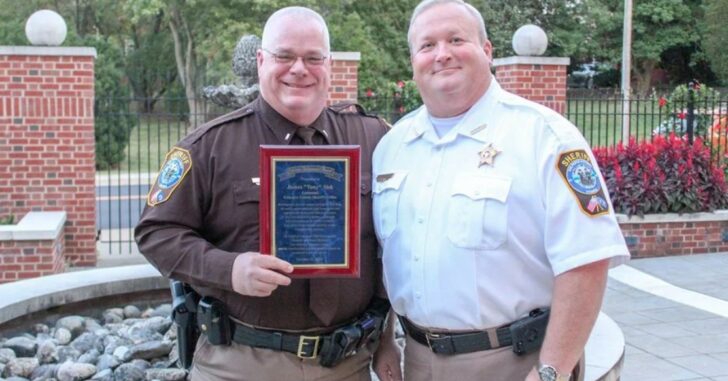 By Dan Zimmerman via TTAG | Republished here with permission.

Following the change of control of Virginia’s legislature from red to blue, Democrats have been rushing to file gun control bills to be voted on and sent to an eager governor and signed into law. The bills include everything from an “assault weapons” ban to mandatory waiting periods to a red flag law to outright confiscation.

In response, counties across the state have been declaring themselves Second Amendment sanctuaries and pledging not to enforce rights-infringing laws the legislature and Governor Coonman seem sure to put in place.

While Culpeper County voted to declare itself a 2A sanctuary, Sheriff Scott Jenkins told a meeting of the county board of supervisors . . .

The sheriff, elected in November to a third term in office, said he would not violate his oath of office by declining to enforce new gun laws, but asserted he was prepared to act otherwise.

He’s pledging to deputize thousands of Old Dominion residents, giving them the Second Amendment protections that will do doubt be built into the Democrats’ gun control schemes as carve-outs for law enforcement officers.

“If the legislature decides to restrict certain weapons I feel harms our community, I will swear in thousands of auxiliary deputies in Culpeper,” Jenkins said. “There’s no limit to the number of people I can swear in.” The sheriff added, “Personally, I don’t think some of the bills that are proposed will pass, I don’t think we’re that far left in Virginia.”

Maybe, maybe not. But given the types of bills Virginia Democrats have been pre-filing before they take control in January, they intend to enact as many gun control laws quickly as they can.

Look for more Virginia county sheriffs to take a cue from Sheriff Jenkins and offer this option to law-abiding citizens in their counties as well.

Previous article: Americans Have 423M Guns, And 8.1B Rounds Of Ammunition Were Produced Just Last Year Next article: Dead Gang Member Found With A Gun Previously Turned In At Police Buyback Program