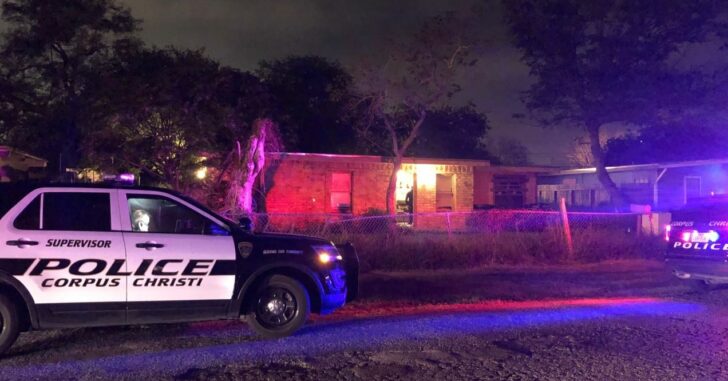 CORPUS CHRISTI, TEXAS — He knew when and where to steal the money. The former roommate hoped he could break in and get out quickly. Unfortunately for him, the homeowner wasn’t ready to be an easy victim.

Just after 4 a.m. police were called to the 1200 block of Bernice Drive.

According to CCPD, a man with at least one gunshot wound stumbled out of a home and knocked on a neighbors door. They called 9-1-1.

Police originally detained the accused shooter, but later learned he was the homeowner.

They say the man who’d been shot broke into the house.

The homeowner told police the man was trying to steal his social security check.

“The resident and the person who got shot do know each other. At one point the man was living there but it’s been several months since he’s lived here.” said Lieutenant Michael Wertanen.

“According to the resident, he was not invited into the house. He was woken up from his sleep to find this man in his house.”

The names of the shooter and robber have not been released. What we do know is that the two had a personal relationship. The homeowner had allowed the robber to live with him previously. However, the two had not lived together for several months.

The homeowner, however, did notice. He heard a noise in the house and he went to investigate. The homeowner brought his gun with him and found his old roommate had broken into the house. Details on what happened next aren’t clear. What we do know is the homeowner ended up shooting his former roommate.

The shot man stumbled out of the house and went to a neighbor for help. That is when the police and ambulance were called. Fortunately, the inflicted gun shot wound was not fatal. The former roommate turned robber will recover.

It’s hard to find fault with anything the homeowner did. Seems like he did everything by the book.

The homeowner did a lot of good things here. First of, as usual, he owned a gun. Owning a firearm and having one in your house is so important for home defense. Furthermore, when the homeowner heard noises in the house, he took that gun with him to investigate.

The homeowner personally knew the man that was in his house, which probably made the decision to squeeze the trigger even more difficult. However, he also must have known what his former roommate was capable of. Again, there are no details about the exchange between the two when they encountered each other. However, the homeowner felt he had good cause to fire his gun.

From the details we have, the homeowner did a great job in every aspect of this defensive gun use.

Previous article: Not April Fools: Man Being Chased By Dinosaurs Is Shot While Trying To Enter Home Of Armed Woman Next article: Edward Avila, Founder Of AR15.com, Dies After Long Battle With Cancer