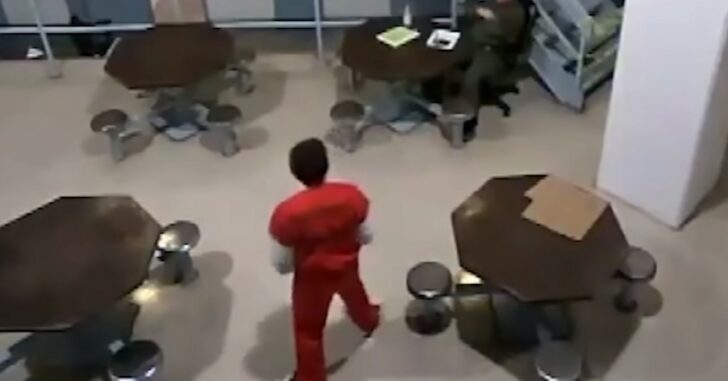 BROWARD COUNTY, FLORIDA — The man behind bars for the mass shooting that took place at a Parkland, Florida high school, that claimed the lives of 17 people, is seen taunting and eventually fighting with a jail guard in a newly-released video.

The incident happened back on November 13 of 2018, but the video was made public just this week.

[The murderer] is seen on the video appearing to taunt Beltran before violently rushing toward him. The two wrestled on the ground before [The murderer] was eventually subdued and put in handcuffs.

There is an abundance of information to take a look at during the video, and this murderer, at the very least, is providing us with ways to determine if someone is about to attack, and what we can do differently to save our own lives.

For example, the guard’s taser was accessed and taken by the murderer, and we absolutely have to make sure that we know what the bad guy is doing, especially if we’re in a hand-to-hand fight with them. Keeping control over your self-defense tools is essential.

Watch the video and see how things went down, and learn some lessons along the way.